I was going to make you guess what this is going to be, but I’m sure it would have been a no-brainer. 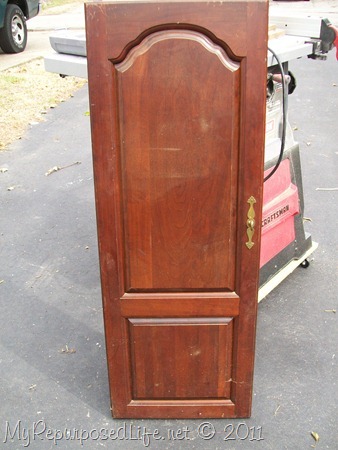 I curbed two doors last year. Cathy and I came across a huge armoire that was in really good shape. However it was too large and much to heavy to transport. So I did what any good junker would do. I removed the doors and shelves. While looking for a good specimen for my new chalkboard in my stash, I found these doors. I hesitated for a moment because I thought I shouldn’t break up the pair. What if I want to build a cabinet and use these as doors again? I looked around some more, but I knew it HAD to be this door. The others were just too small. I removed the hardware and sanded it. 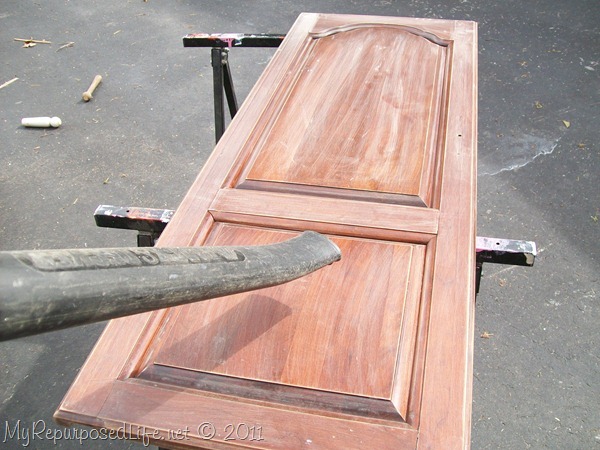 After sanding it really well, I broke out the leaf blower to remove the majority of the dust. 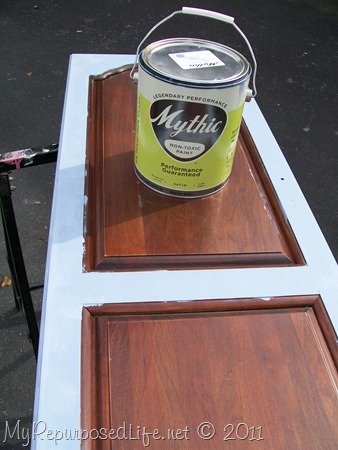 I used the Mythic paint (blue) that I used to paint my  (vinyl) kitchen floor. Don’t let that sunshine deceive you, it was COLD! 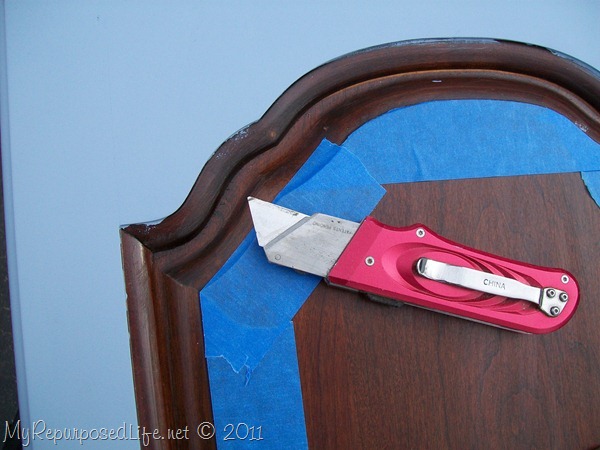 The outer portion of the door was painted blue, so I proceeded to tape off the inner portion so I could paint the inset gray (that I also used on the kitchen floor). To do the curves, I taped it and then carefully trimmed it back with my utility knife. NOTE: I did not tape the upper portion of the curvy part. 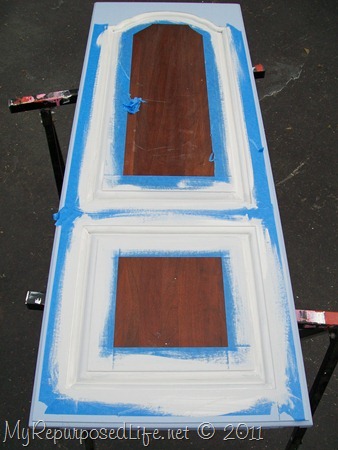 I painted the inset gray. See where I didn’t tape the top portion of the curvy part?
*Amazon Affiliate Links are used in this post* 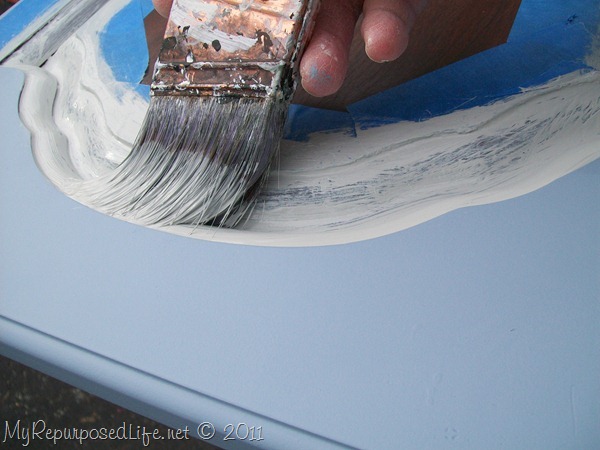 . This is just the first coat. I did two light coats instead of one heavy coat. 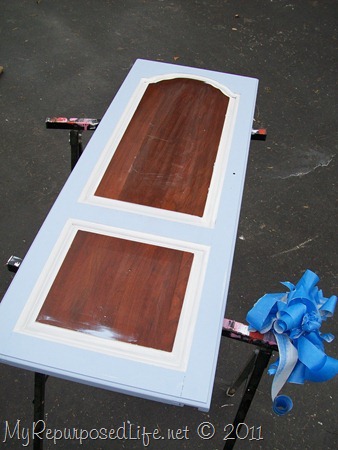 I then removed the massive amount of painter’s tape.

See the finished Armoire Door into a Chalkboard