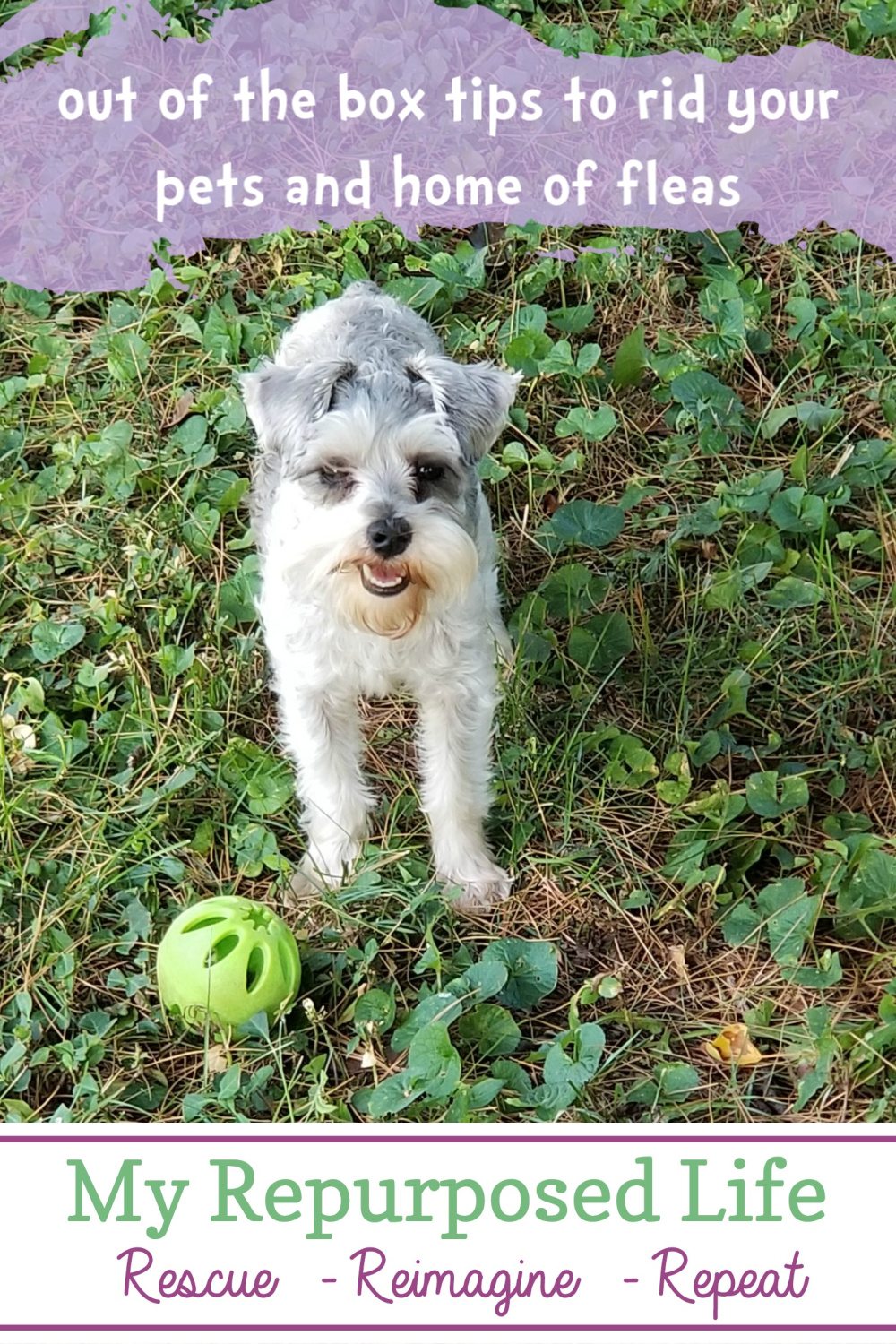 I’m going to share with you how they got so bad, and how I fought back and got it all under control again. 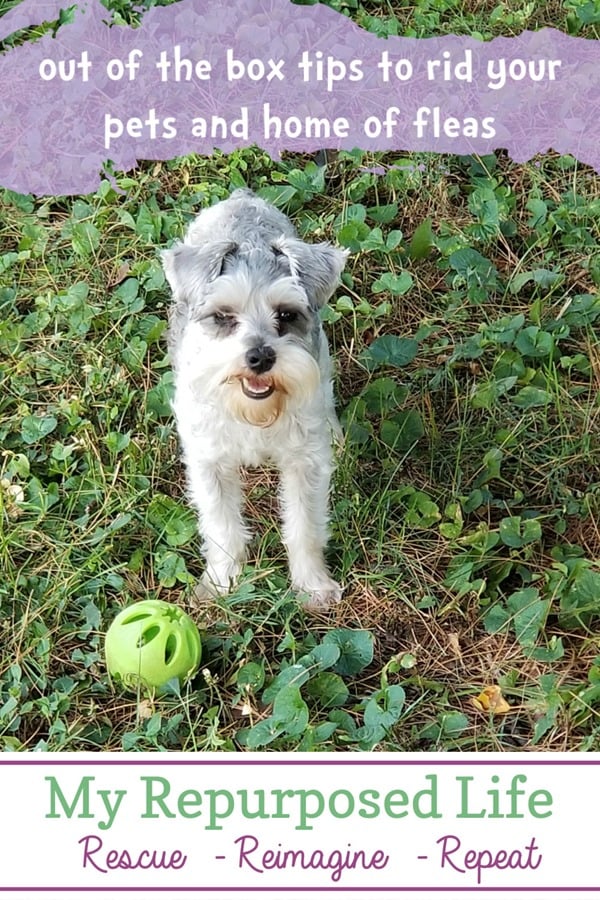 How do you know if your pet has fleas? 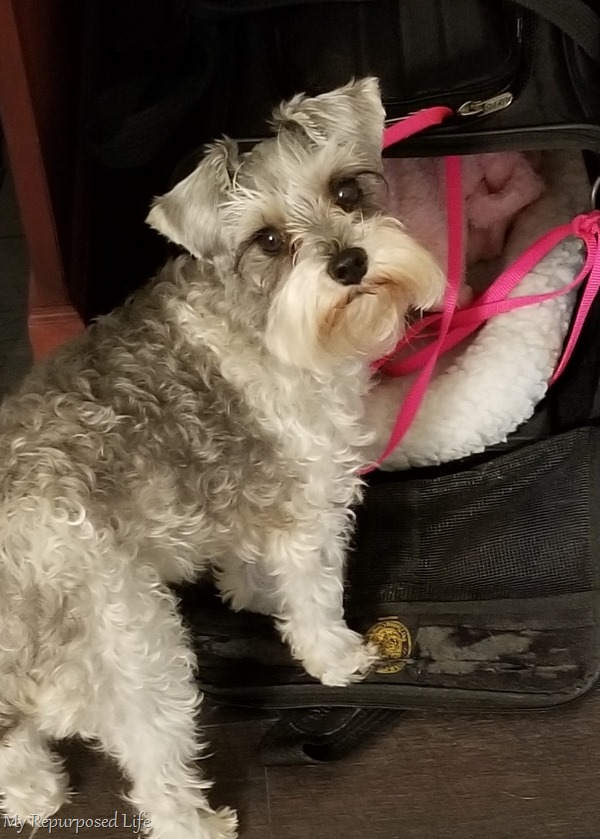 All dogs and cats scratch, but it’s pretty obvious when they are obsessively scratching. The best way to know for sure is to examine your dog. The easiest place is on their tummy. If you see more than 2 fleas, you may have a problem. Also look for Flea Dirt. Lulu Mae has been treated monthly for her entire life with Advantage Multi.

If a cat owns you, you know it may be more difficult to examine them. Matthew is quite independent and doesn’t like to be picked up or examined. Look for evidence in all the pet bedding. You may see some eggs, or even a flea left behind.

Are there fleas in my house?

Fleas in the house? If you have fleas on your pets, the bad news is, yes! I have a great way for you to easily see if you have these pesky pests in your home. It’s not scientific, but it works!

White socks! It’s that easy. I call them Flea Detectors. After battling the fleas for weeks, I had to go out of town. I felt sure I had won the battle, but it wasn’t until I put the socks on and went from room to room to be sure! So, if you’re in doubt, try this little trick. Go into a room and stand still for about 30-45 seconds. For some reason the fleas seem to be drawn to white. BONUS! The fleas are easy to see!

I use flea treatment, how can my pet have fleas?

This is what I was wondering. My dog has always been treated, and the cat NEVER goes outside. Apparently my infestation started with fleas in the yard. Fleas can be brought into the yard by feral cats, birds, squirrels etc. The little bitty dog goes outside, brings in a few fleas. Said fleas get on the indoor cat that has never worn any kind of flea control medicine.

Said cat likes to hide in out of the way places, including a far corner in the basement.

Long story short, I suppose Matthew and Lulu kept trading fleas without me realizing what was going on. I ended up buying over the counter flea meds for Matthew. (Sentry Purrscriptions Plus) I used it once a month for 3 months. The fleas were getting worse. Now, remember when I say worse, more than 10 fleas is too much for me!

It wasn’t long before I realized they were mostly concentrated in Matt’s favorite places.

Bring out the big guns to fight fleas

What did I do?

I did what anyone would do, right? I BOMBED the basement and the room where Matt hangs out when he wants to get away from Lulu. I’m here to tell you those bombs did nothing! Well, maybe they killed the weakest and most geriatric fleas. 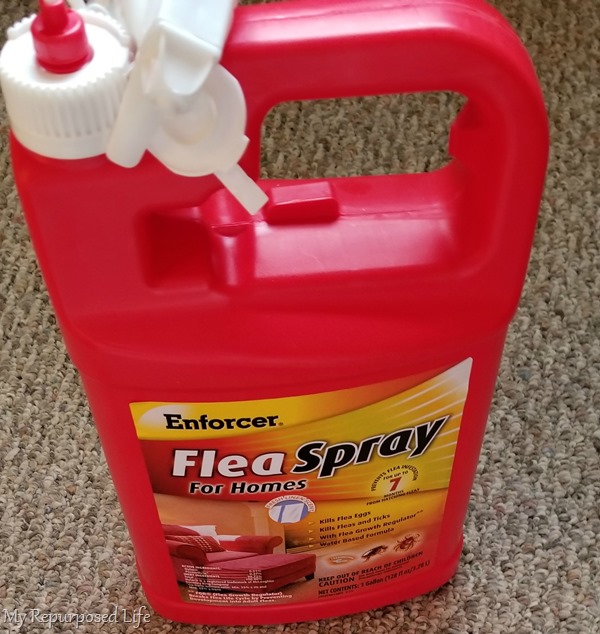 I bought new flea treatment for Lulu (Bravecto) and Matt (Advantage II). Then, I purchased Enforcer Flea Spray for Homes. I was so impressed with how well this spray worked after the bombs bombed! I used it on the throw rugs and this carpet where Matt lazes around. It was also used in Matt’s favorite hiding places including a corner of the basement. Do NOT forget to really concentrate on those places where your pet hangs out the most. Follow the label directions allowing the spray to dry thoroughly before your pet returns.

Have your yard sprayed for fleas

While dropping Lulu off to be groomed, I talked to the staff. They told me that fleas were the worst they had seen them in years, mentioning they thought it was because of all the rain we had in the Spring and early Summer. Their recommendation was to have the yard sprayed. I really wish I had made this my first priority.

The problem with fleas is their life cycle. You have to kill the adults, eggs, and larvae! Apparently the yard spray didn’t do that. I called back in about 16-18 days and had them reapply. Since they have a guarantee, there was no charge. The initial charge for that was $50.

At this point I was tired of spending good money after bad  . . . whatever that means.

VACUUM. Vacuuming removes many of the eggs, larvae and pupae developing within the home. Vacuuming also stimulates fleas to emerge sooner from their insecticide-resistant cocoons, thus hastening their exposure to treatments. Source

I felt like all I was doing was running the vacuums. I have two household vacuums that I use in different rooms. In addition I have an iRobot. If you need information about cleaning vacuum cleaners, click that link. I ran the vacuums, and emptied them right away, taking the trash out immediately. Then I googled fleas and steam. I have a couple of steam cleaners.

Side note: Wagner acquired Homeright last Fall. I already had the Homeright Steam Machine Elite, then Wagner sent me the 915 On-Demand Steamer.

One of the most difficult places to treat/vacuum is the pet ramp I made out of a cabinet door. Lulu and Matt use this ramp countless times every day.

Neither Wagner nor Homeright makes claims that their steam machines kill fleas. All I can tell you is my own experience. I added steam cleaning to the mix, along with regular vacuuming and the fleas are gone. I vacuumed one day, steamed the next. The steam was able to get into crevices and under furniture. No chemical smell! Later this week, I’m posting on the Wagner project site about How to Freshen Pet Accessories and More with Steam. I used the same method for my home that I used for the pet accessories in that post above.

I always keep “pet sheets” on my furniture. They are just bed sheets I’ve picked up at thrift stores and such. During this outbreak of fleas, I was so thankful I do! I changed and laundered those sheets daily! When the problem was the worst, I would use a lint brush to roll up any dead (or dying) fleas, eggs, and larvae,  folding the sticky sheets onto themselves trapping any debris. Then rushed the pet sheets off to the washing machine and dryer.

I also use a pet sheet on the top of my covers of my bed. That was changed daily as well as Lulu Mae’s blankets. Her countless beds were washed, dried, then put in garbage bags in the basement until I feel it’s safe for them all to come back out.

Speaking of laundry, cleaning the lint trap after every load made me feel so much better. I removed the lint, and placed it in a plastic bag and tied it up.

I love this picture of Lulu Mae. She rarely pants, and when she does, it totally changes the way she looks. You can see those tiny little teeth. Her favorite pastime is playing ball. I take out two balls, throw one, then when she brings it back, I throw ball number two. As I said earlier, the yard was full of fleas. Before I knew that was a major source of the fleas, she would have them when I checked her. I always checked her before bed time. I was fortunate enough to keep the fleas out of my bedroom throughout this entire ordeal.

On one of the many checks I did, she was loaded with fleas. I gave her a bath with some flea shampoo I got from a friend. A few days later, I had to bathe her again when it was at the height of the infestation. I made my poor little baby sick. She got up in the middle of the night to go out to EAT GRASS! no, no, no! She could not eat grass, it had been treated to kill the fleas. I scooped her up and took her next door for a little munching. I felt horrible that she was so sick.

An Alternative to Flea Shampoo

After that, when I had to bathe her, I used this dog conditioner. It’s the same thing my groomer uses. Several times she had to go to her brother’s house, Camp Charlie, when I would be away from home for too long, or out of town. I couldn’t take a chance of transferring fleas to my friend’s house. The key is to get the fleas in the water. Water won’t kill the fleas but soap will. This conditioner did the trick. It wasn’t damaging to her skin/system, but the fleas were at the bottom of the tub when I emptied the water. I immediately wrapped her in a clean towel and walked out the door to take her to Charlie’s house.

This has become Lulu’s favorite bed, especially when we’re in the camper.

In a comment below, Alexandra talks about a little flea trap with a light. I found some on Amazon and have already ordered one, just so I'll know the problem is under control. You can order Lighted Flea Traps using that link. Thank you so much for all the great tips from all my readers!

Don’t suffer from fleas, and please don’t let your pets suffer. Get it under control with the tips I’ve given you in this article. Take action as soon as you see fleas, don’t expect your treated animal to get rid of the flea problem.

This is a sponsored post in conjunction with the post on the Wagner site. All thoughts and opinions are my own. Wagner nor Homeright make any claims about their steam machines killing fleas. 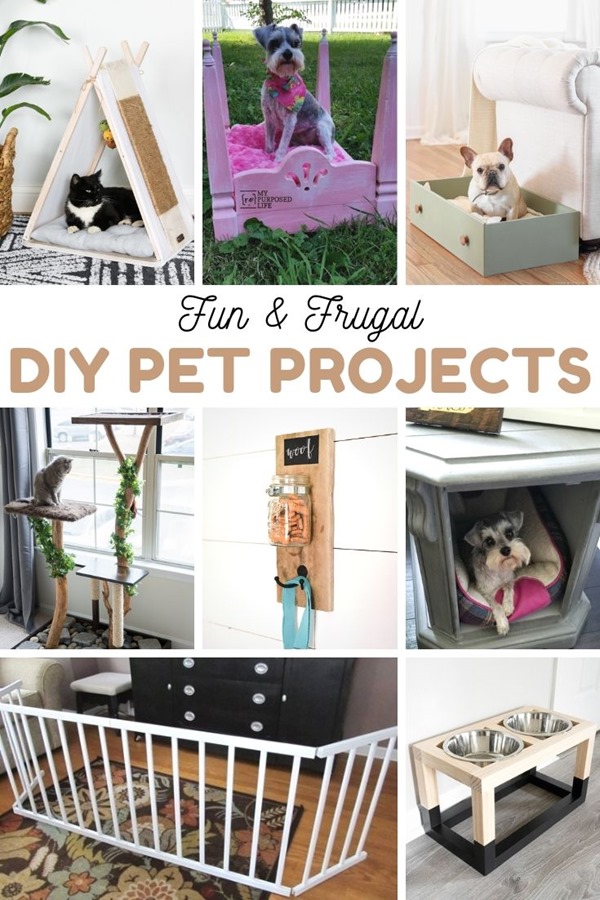