I recently got drawers from an old office desk. I could have gotten the desk, but it was too big to fit in my suv. And by the time I was able to get it, it had already been thrown in a dumpster. I repurposed the large middle drawer to make this great memo center. 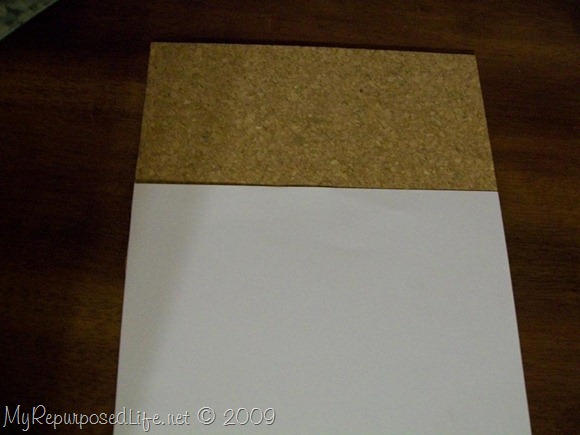 This picture shows the cork board. The fabric I chose to cover it, was a little thin, so I first covered the cork board with some white card stock. I then just wrapped it in the fabric like a gift and taped it with my huge white tape. 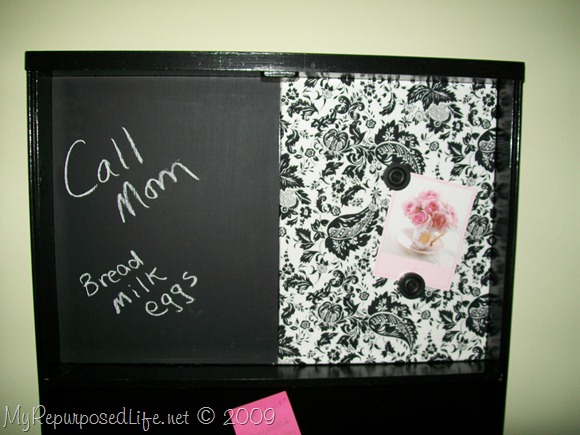 Here you can see the left side of the drawer is a chalk board. I used a small piece of luan instead of painting the chalkboard paint directly onto the drawer. I didn't want there to be a difference in the thickness of the cork board and the chalkboard. I considered using liquid nails to adhere the luan and the cork board, but decided to use double stick mounting type tape instead. A friend of mine, was given a variety pack of tape from Scotch. As I was doing this project I realized why it was given away. There wasn't a speck of English on the entire package. I had to do my best to translate the foreign languages to see which type would hold the best. 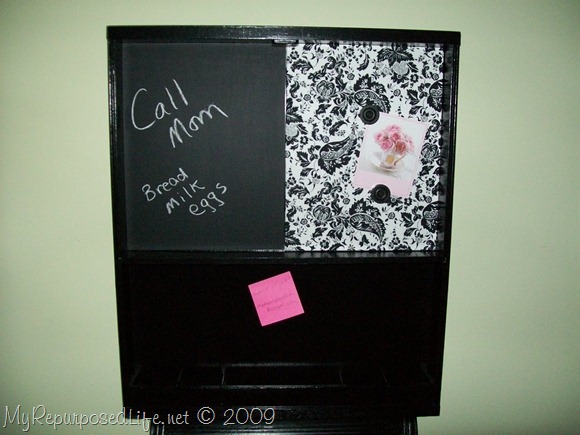 It is a little hard to see, but in the bottom of the drawer is the little divided tray that you find in large middle desk drawers. These trays are meant to hold paper clips, pushpins, ink pens and such. I removed the tray from the desk drawer, trimmed it down to size(with my table saw) and replaced it turning it "up". Now it is repurposed to hold keys, change, chalk, etc. 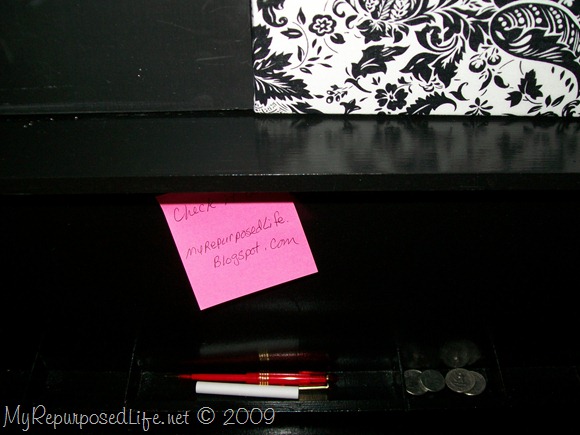 This is a closeup of the "tray". 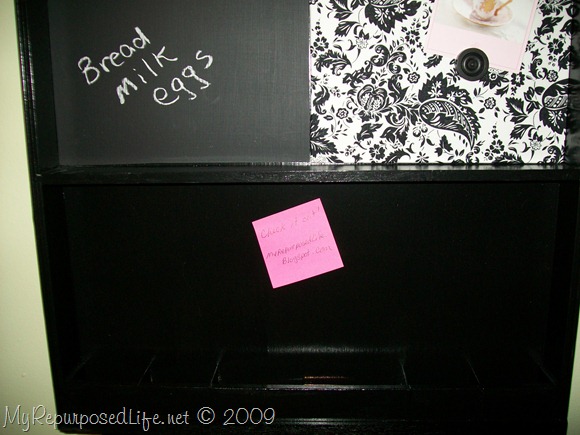 This drawer already had the divider across the middle of the drawer. Note the pushpins, they are very old wooden checkers that I glued to thumbtacks.