Last spring I picked up these two tables for $12 for the pair. 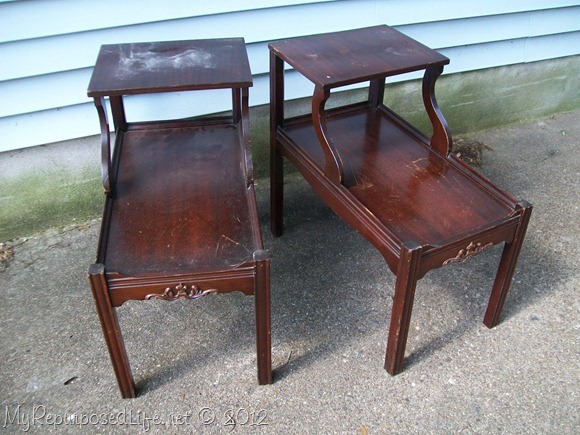 I thought they were cute, and I liked the price. 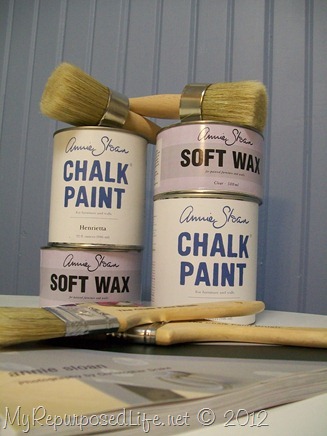 I received some Annie Sloan Chalk Paint and decided to use the Paris Gray on these tables. 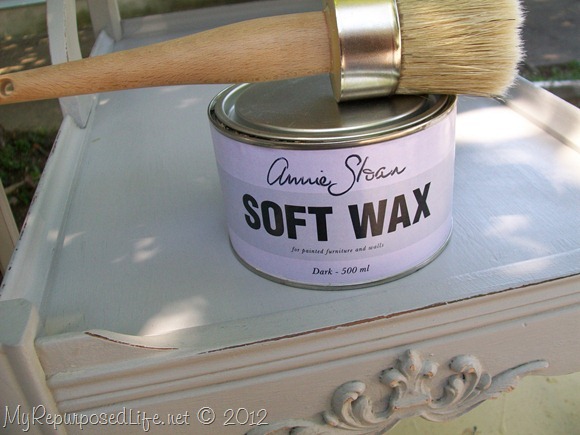 I painted them and distressed them—it was June 2011. It wasn’t very hot, but I overworked myself, and ended up in the emergency room due to low potassium which made me feel like I was having a heart attack. This was the second summer in a row this happened to me. It wasn’t until I was leaving the emergency room that it occurred to me that it was the exact same symptoms. 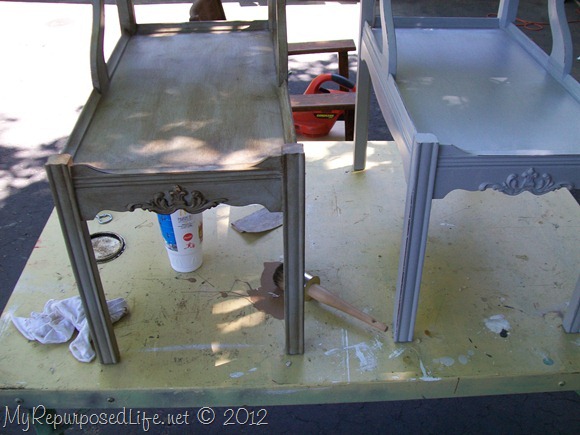 That’s why I never blogged about these tables. I never really liked how they turned out, and since I had such a bad experience with them, I just left them in the “to be blogged” folder on my computer. 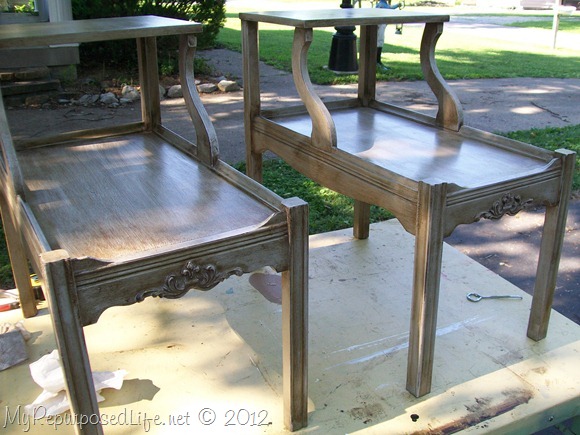 I suppose I’m finally over them.

I used the dark wax to glaze them. I’ve not used the paint or wax since. I suppose I was scarred for life! 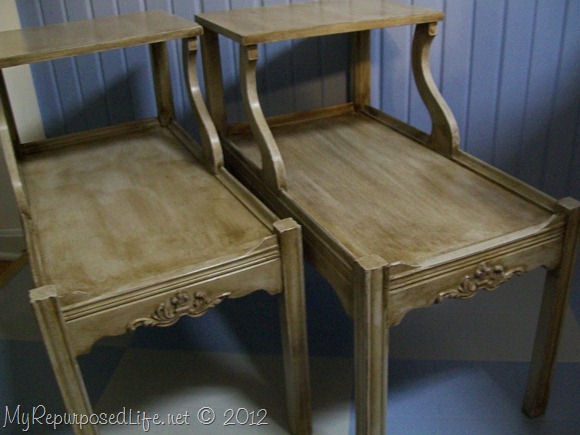 Funny story-I ended up selling them at a yard sale for $10 for the pair. The fella tried to talk me down, and I said NO. Then a couple of weeks later I saw them at one of our peddler’s malls for $22 for the pair. They were still haunting me-maybe I am NOT over them after all.

Had they not sent me to the hospital, I would have reworked them. But I guess they found a new home, because the next time I went to the Peddler’s Mall they were gone!

Y’all remind me when it gets hot to stay in the basement shop and to drink my Gatorade, okay?

« Key to My Heart
Tall Cupboard with Repurposed Windows Pt 1 »