Well, I suppose it is officially Summer!! I sort of go by meteorological seasons, so I count June, July and August my summer months. 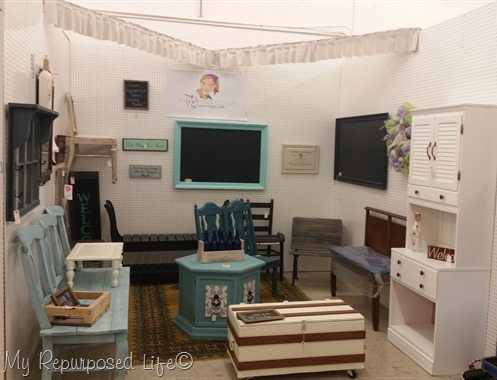 Each time I visit my booth at Vendors’ Village to drop off items, or tidy my booth—I just have to stop by my favorite booths to see if there are any bargains or things I just have to have. This is how my booth looked the last week of May. 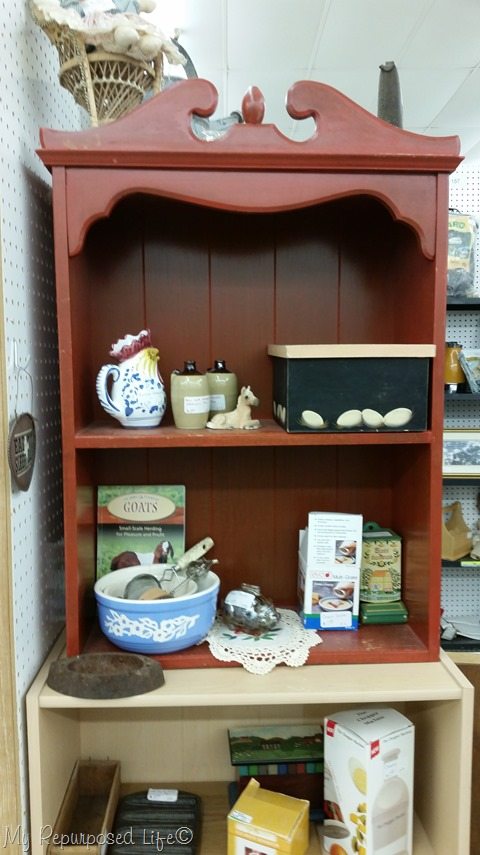 This piece wasn’t for sale, but I want to build something like it, so I took a picture for “inspiration”. 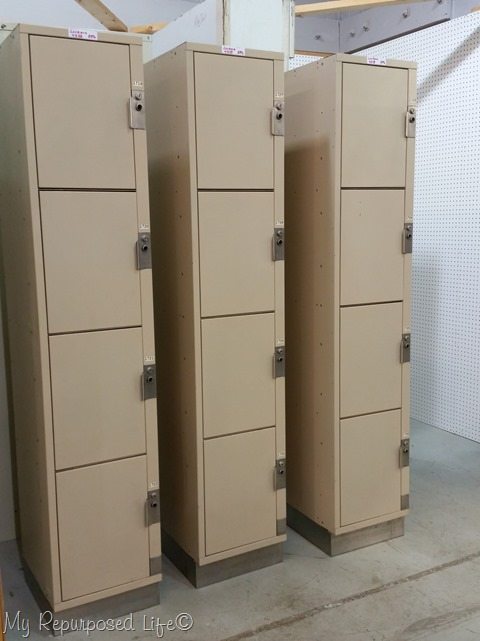 I saw these lockers in Joey’s booth and shared them on instagram. The next time I was at the store, they were gone. I knew they wouldn’t last long. 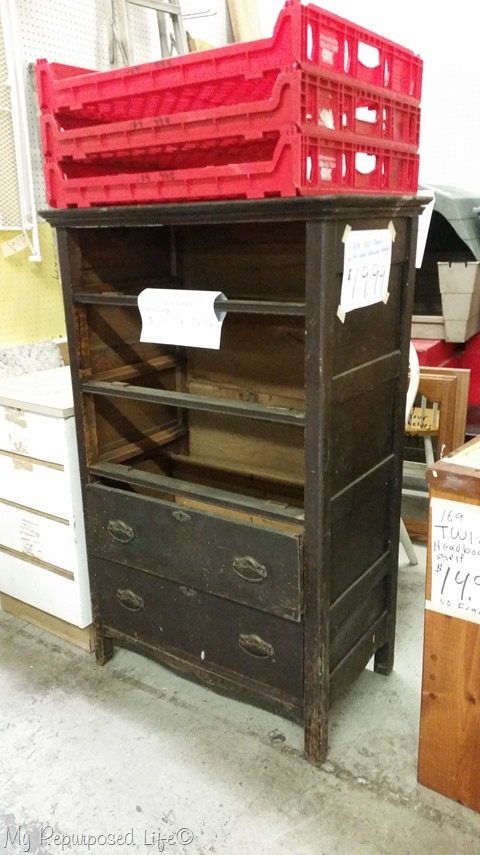 Here’s another piece I passed on. I’ve wanted a chest like this to makeover for a long time, but it’s over my budget and in really bad shape. This is my second favorite booth. Booth 169—John. 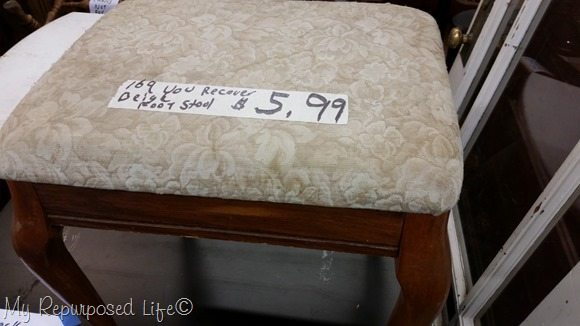 I didn’t pass on this small ottoman from John’s booth. 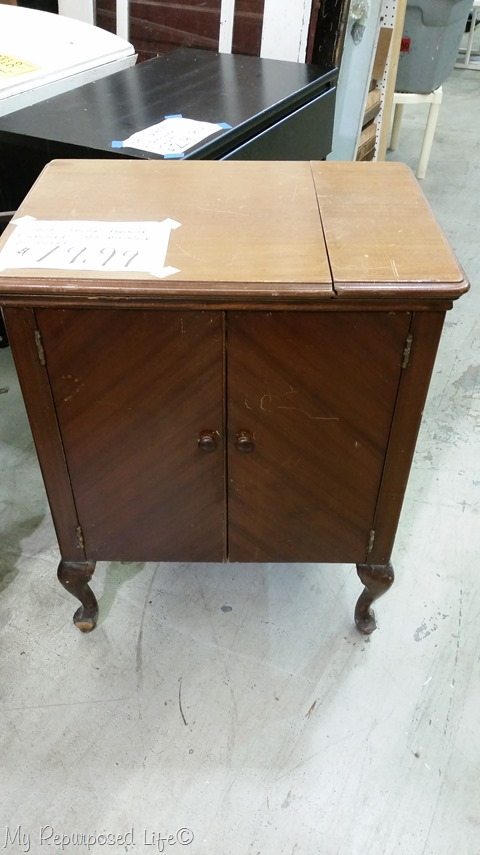 okay—this WAS over my budget, but it was soooo darn cute I just couldn’t resist it. I had never seen anything like it, and as I had it on my flat cart pushing it through the store, a LOT of people remarked on it.

I suppose you can tell that it is a sewing cabinet, since the top opens the way it does. Have you ever seen one like this before???

Wait until you see the inside of it! 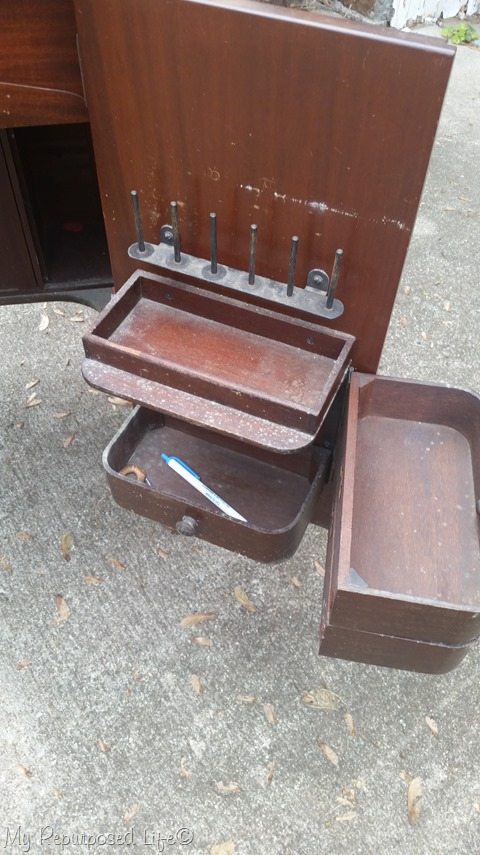 I didn’t take any pictures of the inside of it at the store. I was in too much of a hurry to get it on my cart! Inside the right hand door, there are three small drawers that stack, and flip out. 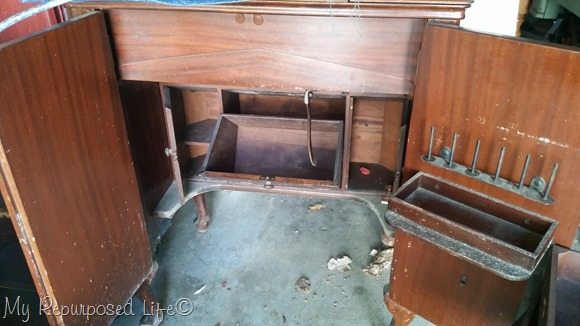 I haven’t started working on it yet. The first step will have to be dealing with some mold and mildew.

This is another one of John’s booths (169). I was sucked in by the chairs!!! If you listened to Episode #2 of DIY with MRL “Thrift Stores and Curb Shopping” then you know that chairs are in my top FIVE list of things to look for while you’re thrift shopping. 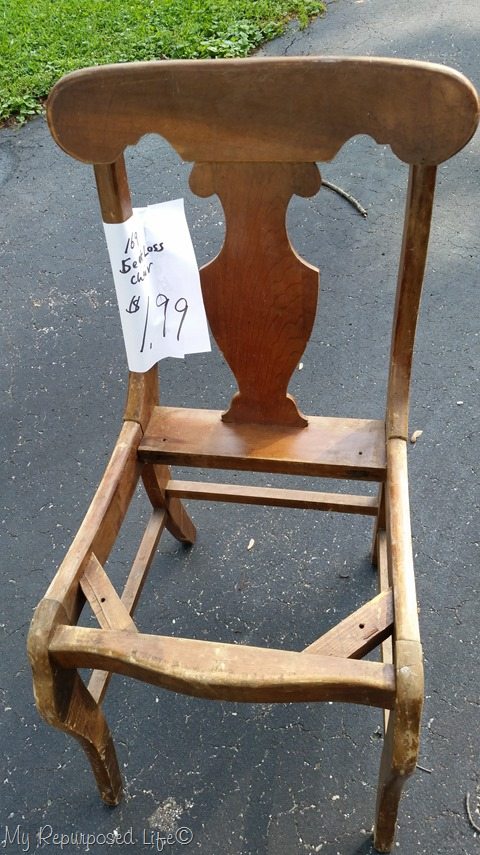 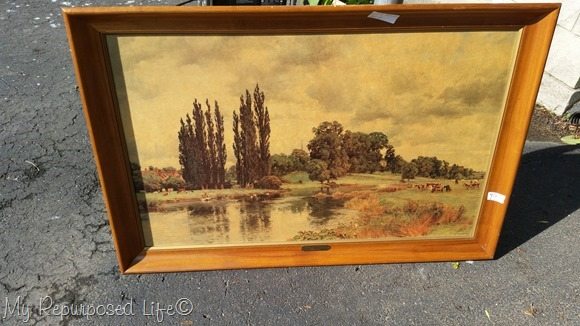 Picture frames were also on my list of FIVE things I never pass up at thrift stores. This large piece of artwork was $6 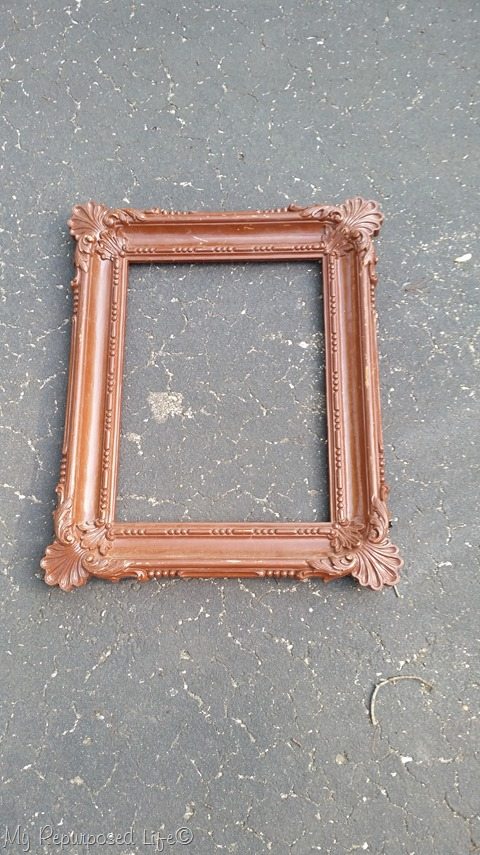 From Joey’s booth, a $2 plastic frame.

For my US friends, I hope you are having a great Memorial Day. It’s getting really warm here, so I may spend the morning working on some of these great new finds. I’d like to get ahead on some projects for the booth before it gets too hot.

What have you scored lately?