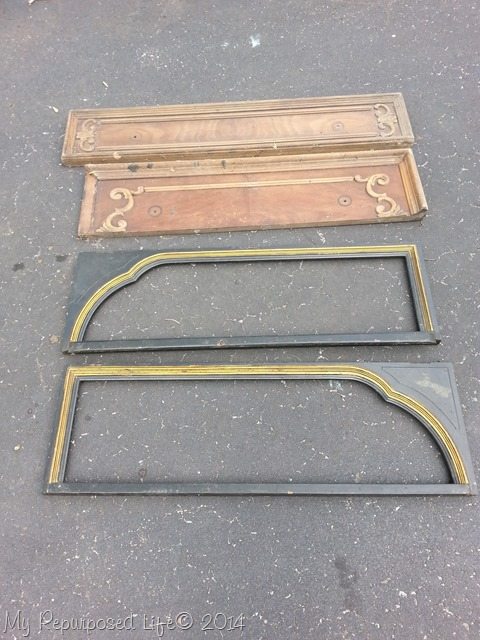 When I least expect it, good things find me! My across the street neighbor—the one I got the waterfall chest of drawers from last week has been cleaning out some storage buildings. He’s figuring out that I love old junk! 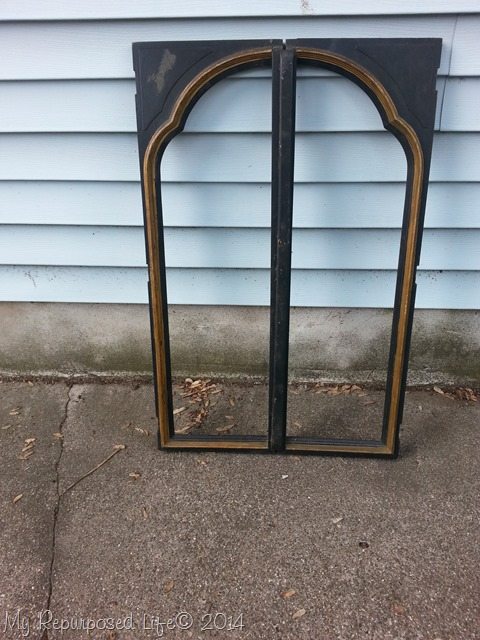 I don’t think he has the piece these doors belong to. UPDATE: see the cabinet I made from these armoire doors 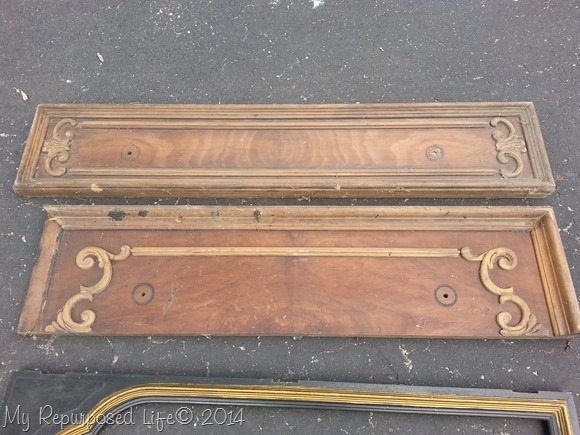 He does still have the piece these drawer fronts belong on. He’s using it to store tools and stuff. These are really nice drawer fronts, very thick and heavy. The second piece is missing the trim on the left side. 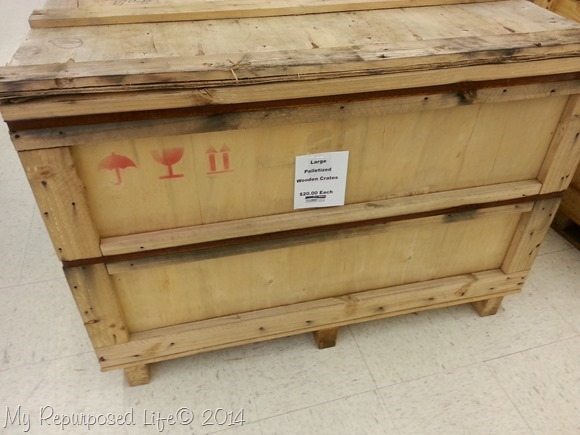 I delivered the herringbone repurposed t.v. stand across town last week. While I was in the area I went to the ReStore. They had several of these huge crates for $20 each. Too large for my SUV, and too heavy for me to handle, so I left it behind. 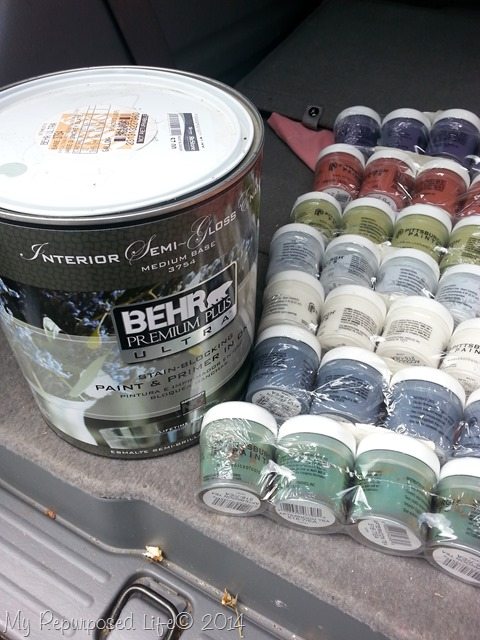 I did end up getting a good deal on some paint. The Behr is a light green and it was only $7 for a new can. The samples were a dollar for the 4 small bottles. 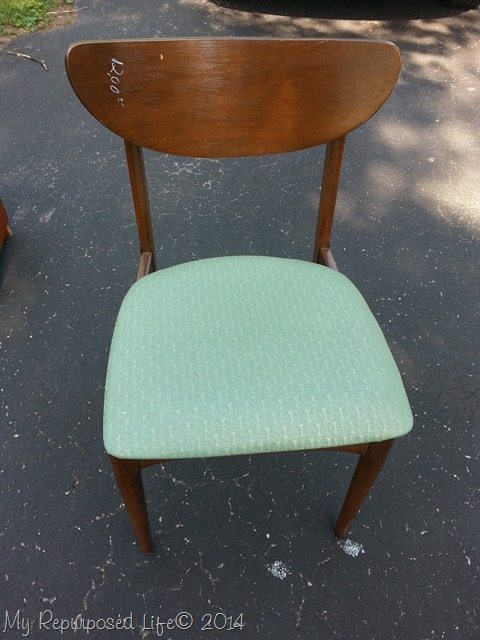 On Sunday I happened to be near the American Council of the Blind and made a quick stop to see if they still had this chair. I was there last week, but passed it by. Lucky me, they did still have it and the entire store was 50% off! That never happens. 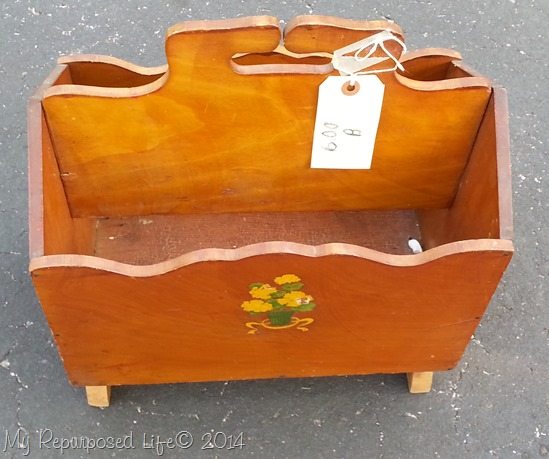 I was in a rush, but took a quick spin around the store and found this cutie. I’m not sure, but it may be for sewing stuff, or maybe knitting? Both of them for less than $10! Gotta love a great sale!

What have YOU found lately? Have you been hitting up yard sales? I haven’t been to a single one, and now the heat is back on.