Sometimes I have “accidental projects”, this girl’s step stool is one of those projects. Most of these projects occur using items that most people would throw away when they move on from a project. Not me! I never rarely throw anything away. 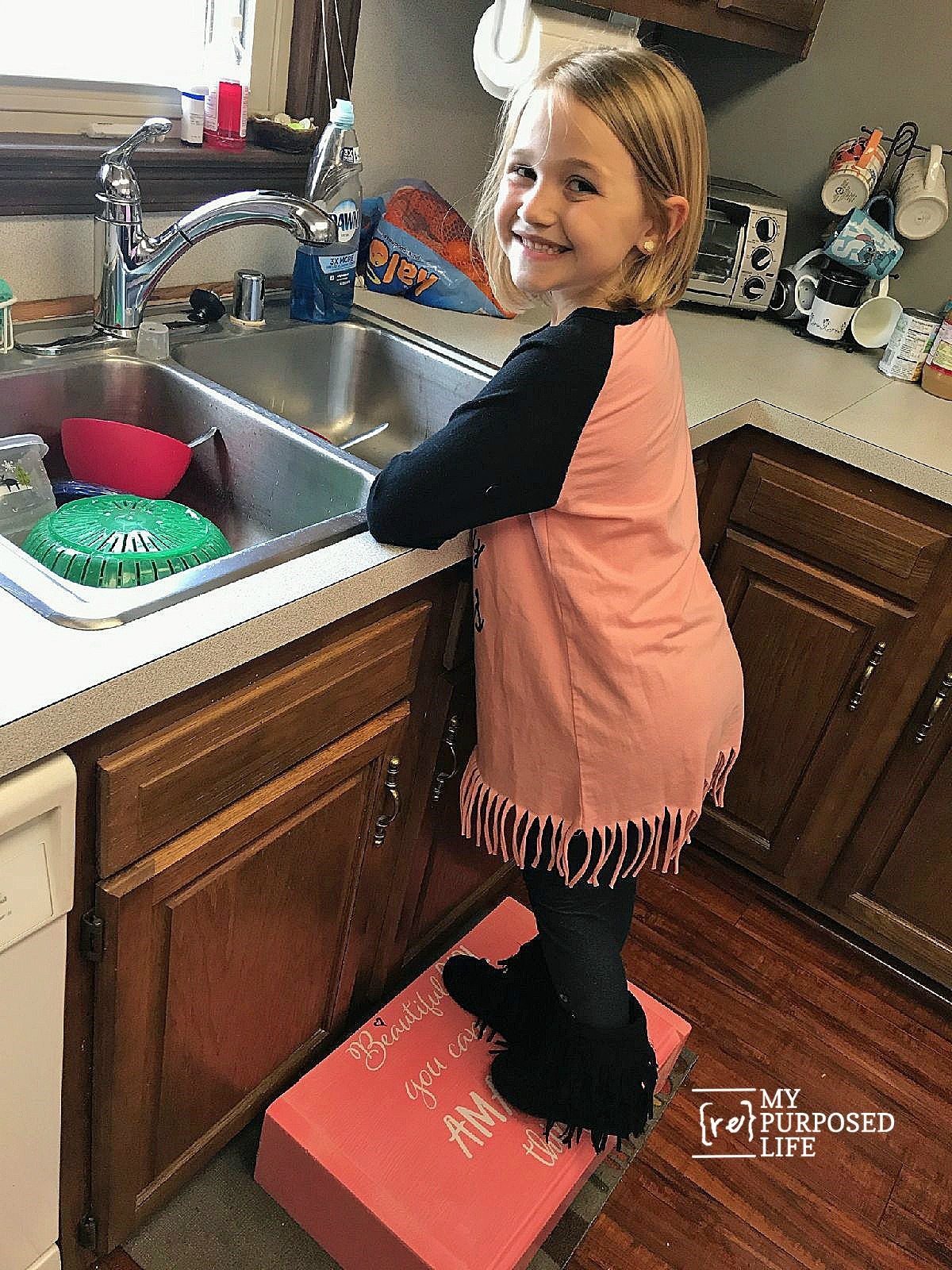 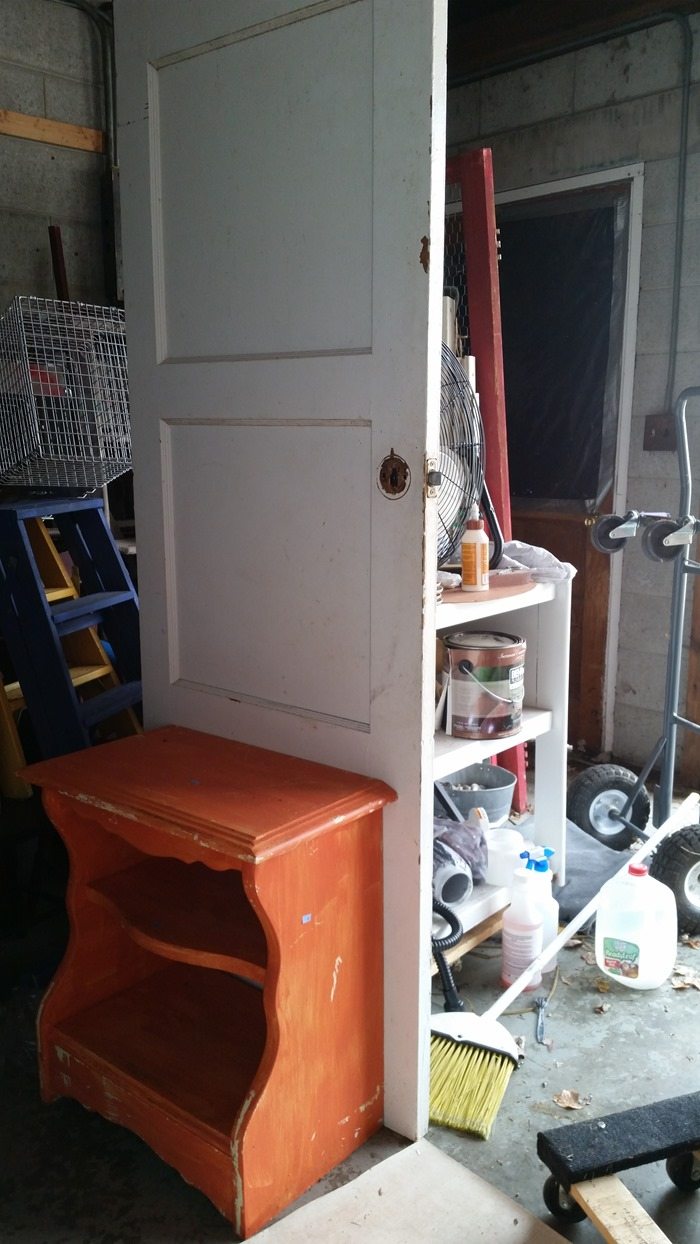 Earlier this year, I combined these two pieces to make a DIY Hall Tree Bench. 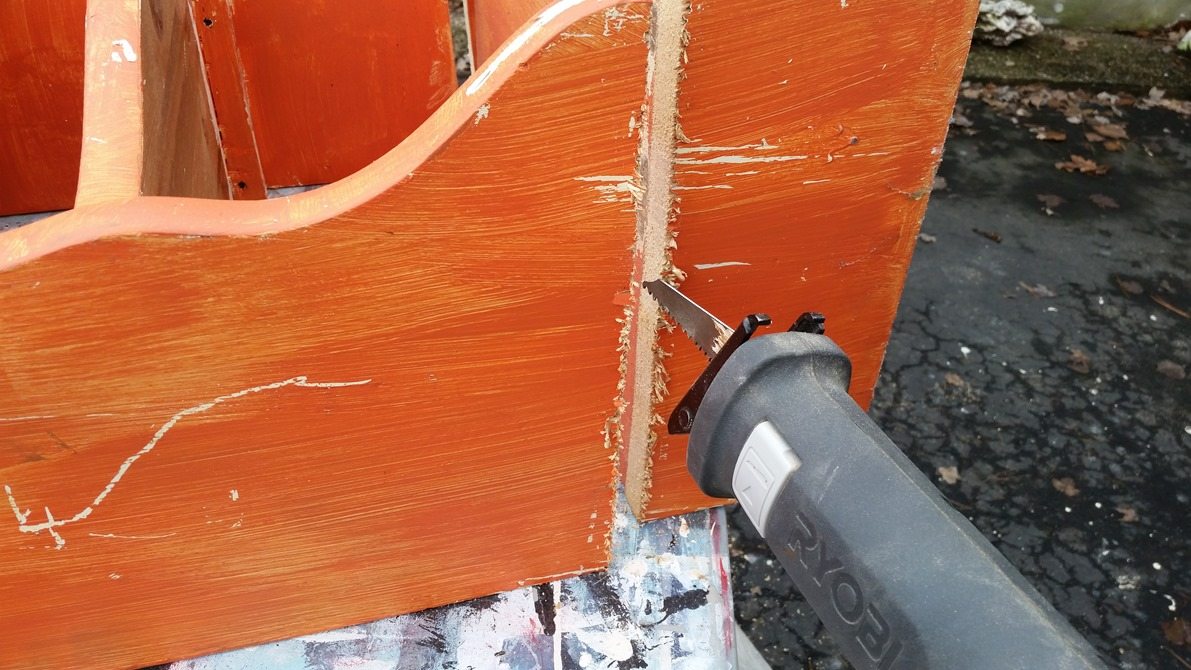 To make that project work, I had to shorten (saw off) the bottom portion of the nightstand. That’s the part most people would have thrown away. 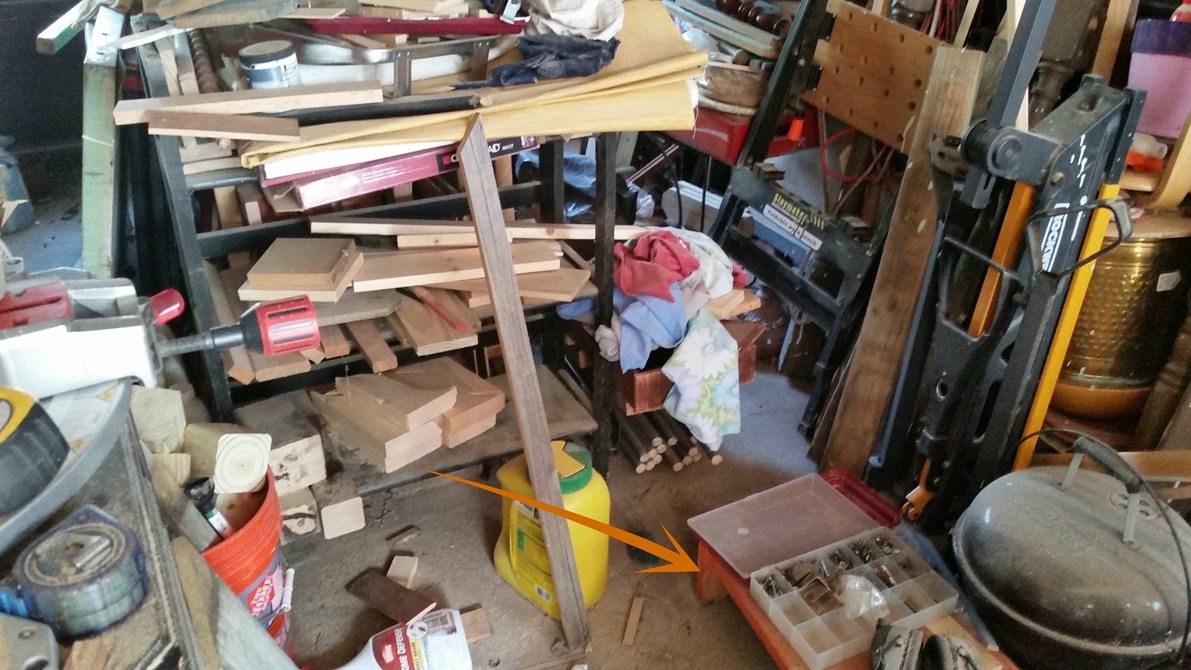 But, not me. See the arrow pointing to it on the garage floor. In early April, I took some time to tidy up the garage so that when I got back from my blog conference in Utah I would have a fairly organized garage and be able to get right to work. This is one of the “before” shots of the garage. 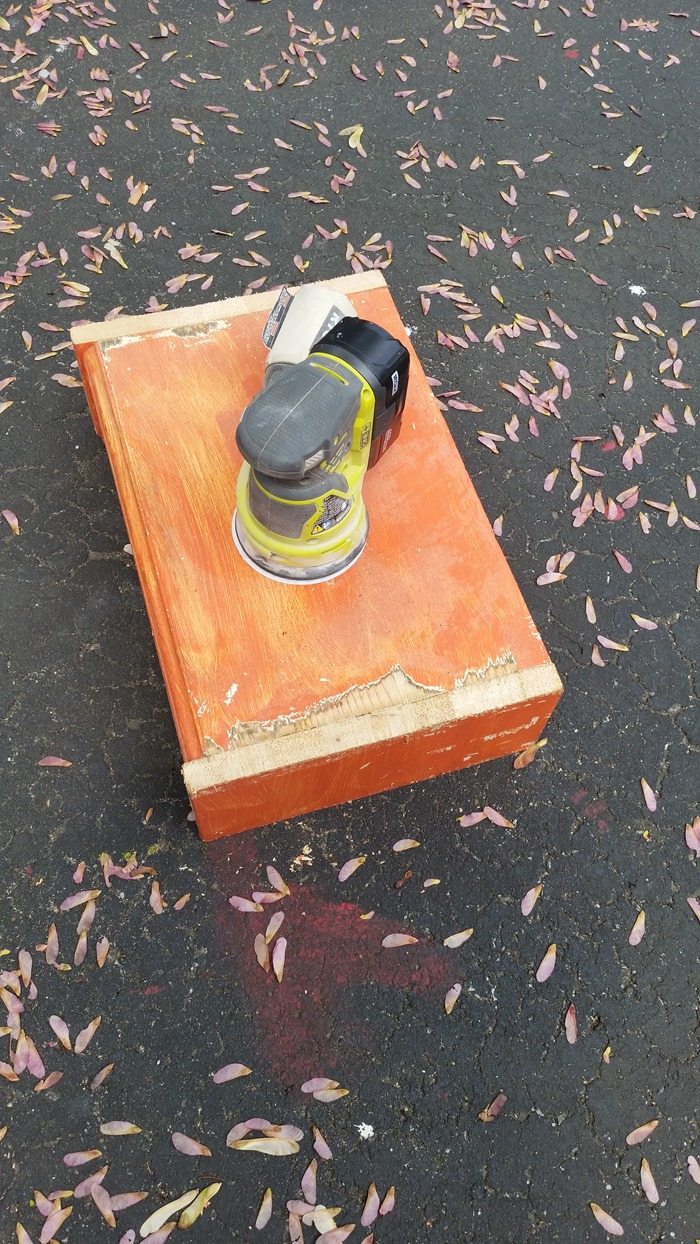 After tidying up the floor of the garage I had a little time left, and decided not to toss this piece but to see if I could repurpose it into a child’s step stool. I can’t find any pictures of the process, but I sanded it, primed it with some diy chalky paint primer and gave it two quick coats of some pink “oops” paint using a cheap chip brush. 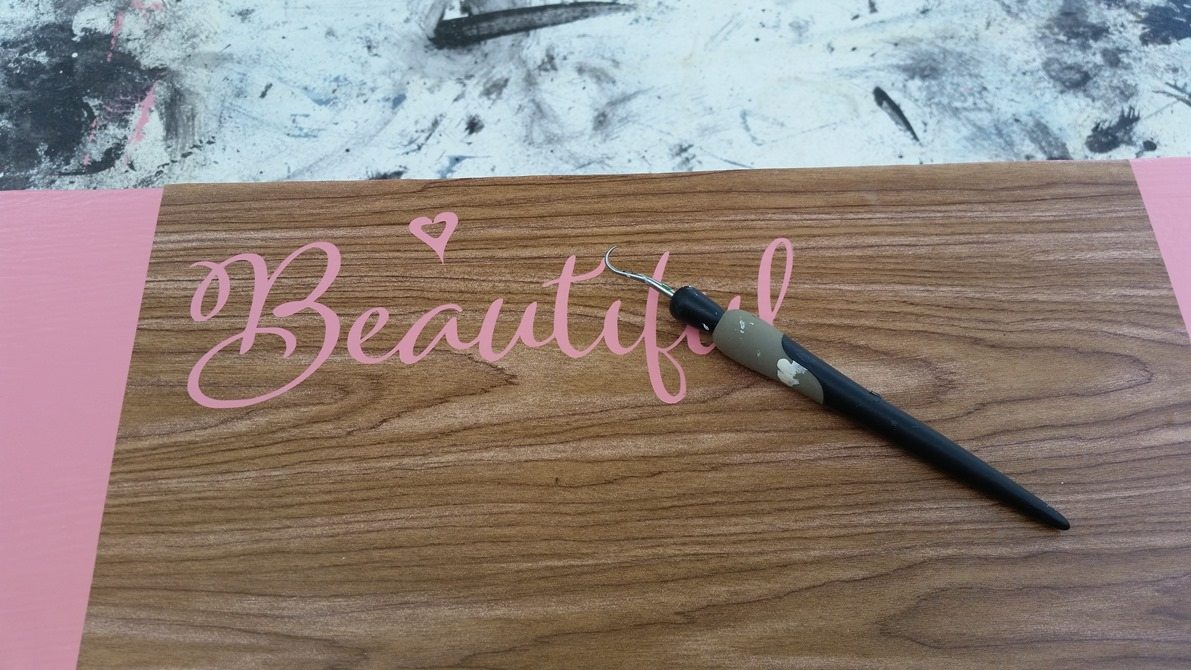 I found an image from my collection and cut it out on my Silhouette Portrait using some contact paper as a stencil. I do this technique all the time, but this went horribly wrong! 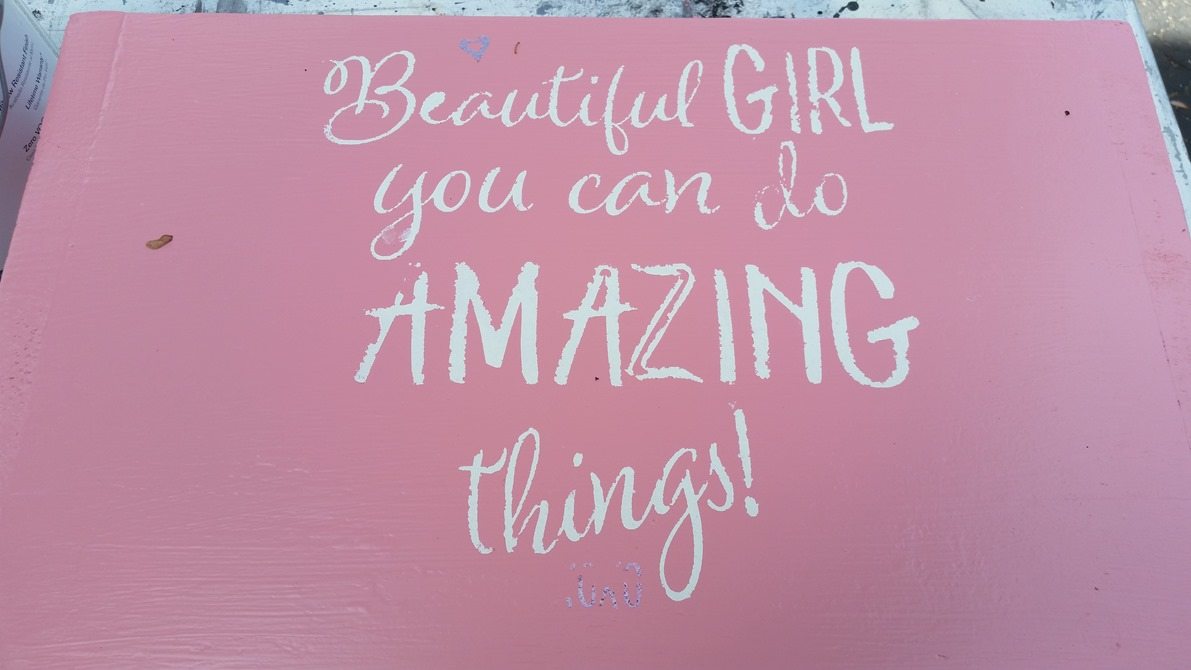 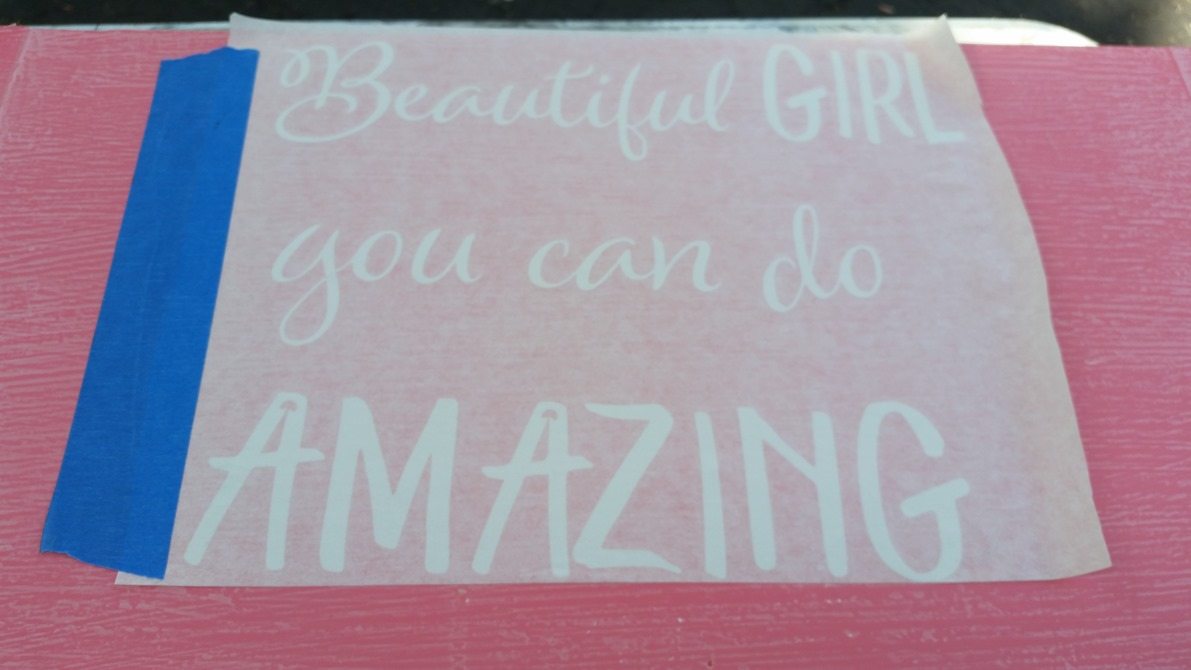 I wiped off the paint before it completely dried, then I sanded the stool down. I really like the look of the pink paint better after sanding it. I chose to cut vinyl words instead of stenciling. The image was larger than my transfer paper, so I did it in two steps. 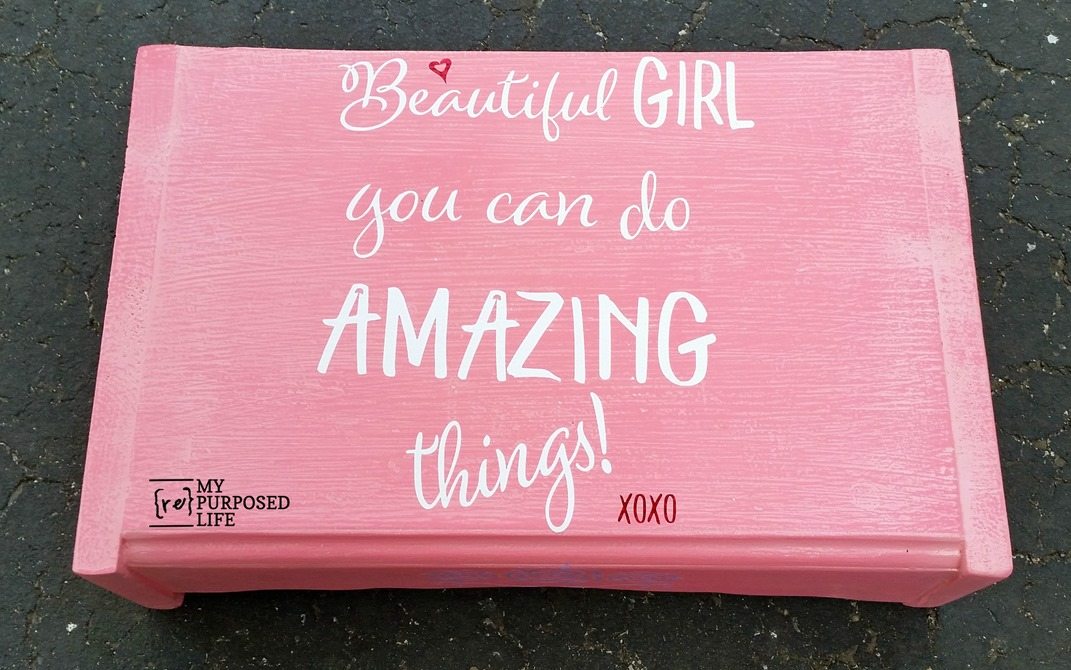 The vinyl still seemed like it didn’t want to stick completely-throwing another wrench into the mix-so I applied some Mod Podge over the top of the step stool to seal it.

So, this very simple project ended up taking me several hours to complete. 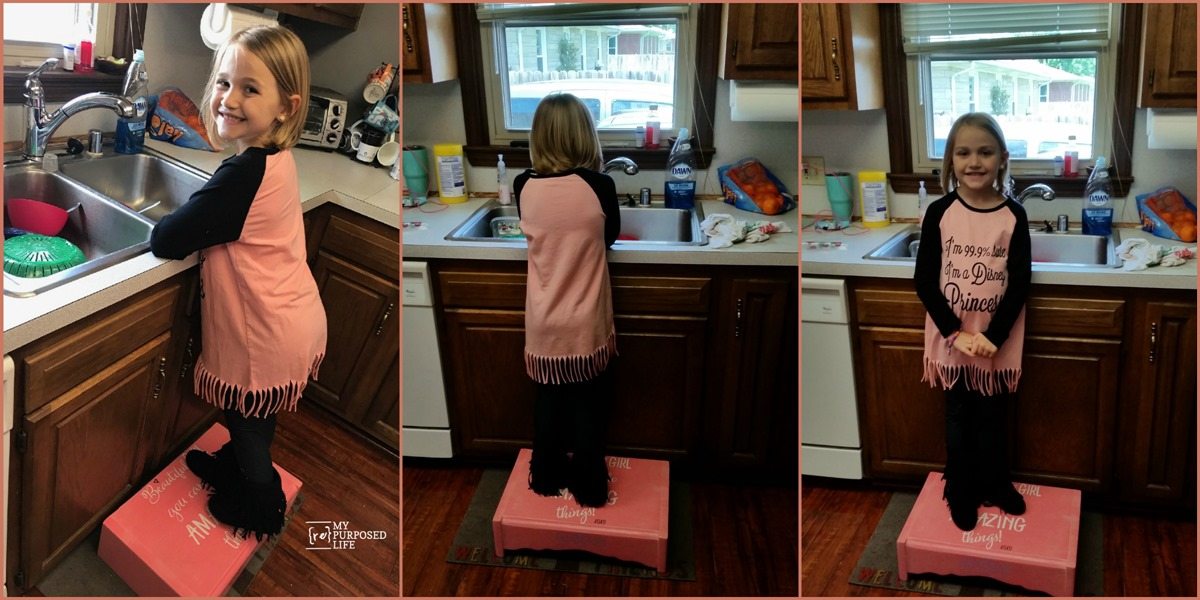 But! It was all worth it because it put a huge smile on the Beautiful Girl who can do Amazing things now that she has a little boost.

I hope you understand that sometimes projects that are shared online aren’t as easy as they seem. We all have those days where everything we touch seems to go wrong. This was one of those times.

I’m happy that I save way more stuff than I need, because they can be made into useful projects like this. Do you ever have accidental projects because you tend to hold onto random stuff?