You won’t believe what I made this tiered stand from—a table lamp thing! I mean it was a table that had a lamp made into it. 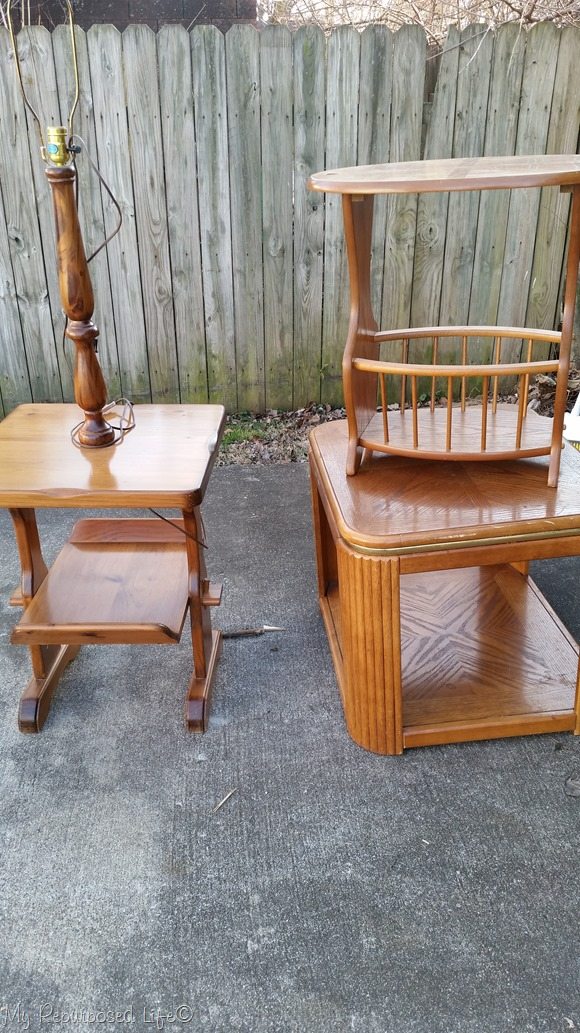 There it is—on the left. It was a free table from my friend. 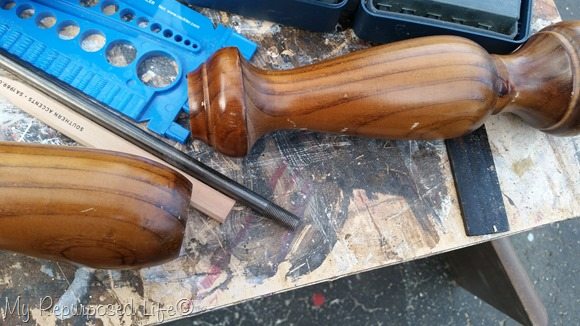 I began to make the tiered stand  by removing the rod then cutting the extra large spindle on my compound miter saw. I used the gauge to find out what size bit I should use to drill the cake pans to allow the rod to fit snuggly.

Use plastic lid to find center of round pie pan 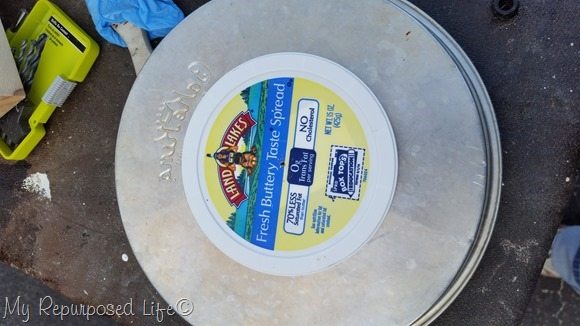 My friend Angie from Knick of Time did a Pie Plate Pedestal Stand tutorial recently on MRL, and she mentioned using a plastic lid to find the center of the tin. Thanks Angie! That really helped a lot!

Mark center of the wooden base

I needed a wooden base for the tiered stand to rest on. So I grabbed a scrap piece of 1x6 and marked it to find the center.

Drill holes in all metal tins 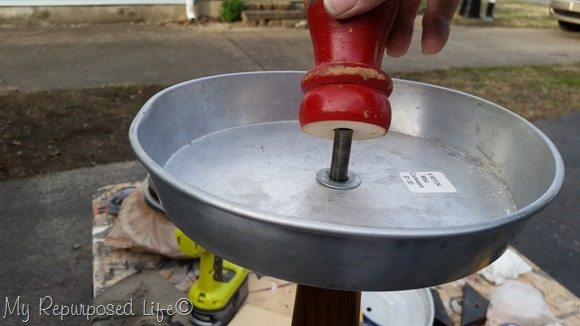 I drilled a hole in 4 tins of varying sizes, then did a dry fit by threading the rod back through all of the pieces. From my stash I found  an odd chair part to cap off the top of the large tiered stand. I used the original nut on the end of the rod at the base.

Test the fit of all the pieces 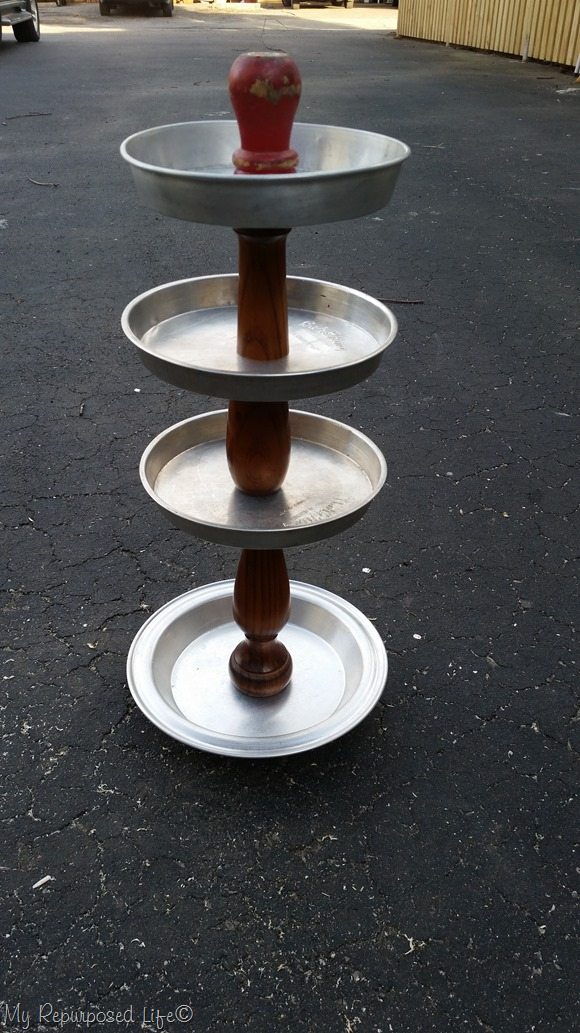 The extra large platter will work great to use on the bottom. 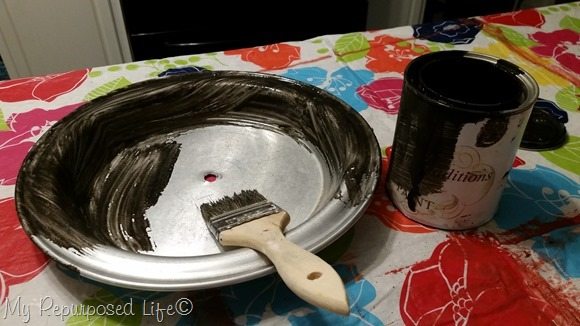 Another friend of MRL, Joan from Scavenger Chic painted some plastic chargers, so I thought that might be a good way to make all of these tins match. I used some Heirloom Traditions Paint Black Bean to paint all the tins. 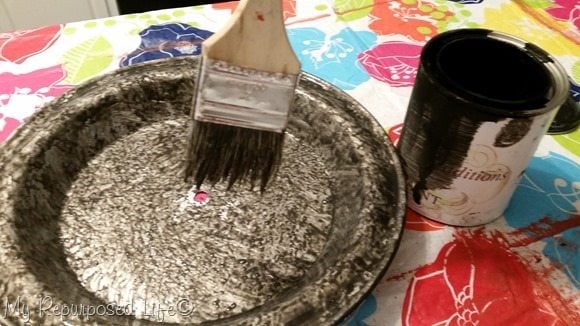 After brushing on the paint, I decided to make them more mottled using a cheap chip brush. 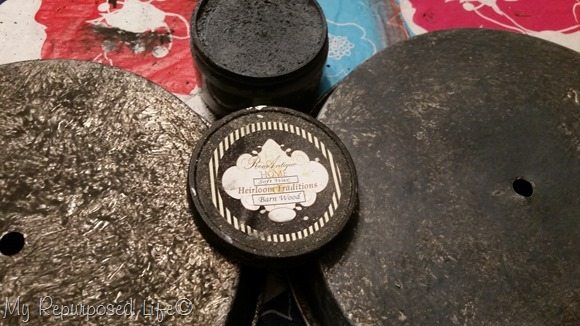 Then, after the paint dried, I used some Heirloom Traditions Paint gray wax (Barn Wood) over the painted tins. I applied the wax with a chip brush, and buffed a little after the wax set up a little.

Secure large tin to wooden base of tiered stand 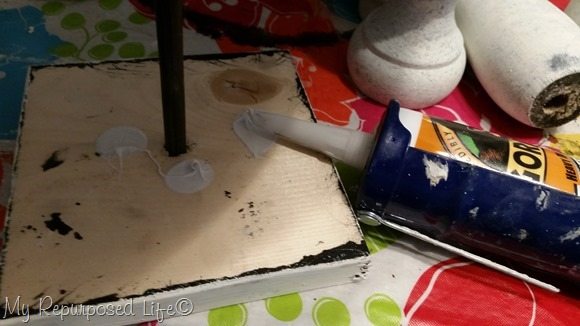 The spindle pieces were painted with Buttermilk (Heirloom Traditions) as well as the bottom of the wooden base.

I used Gorilla Glue Construction Adhesive to secure all the tins to the wooden parts of the tiered stand. 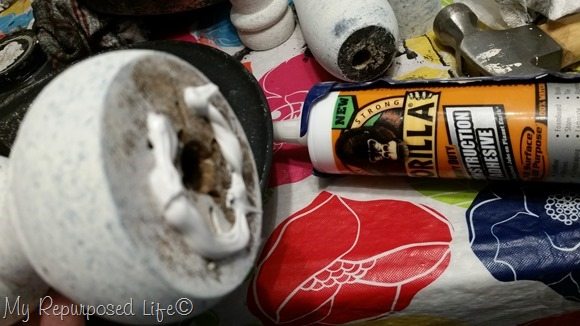 Of course, I used the Gorilla Glue on each of the spindle pieces as well. 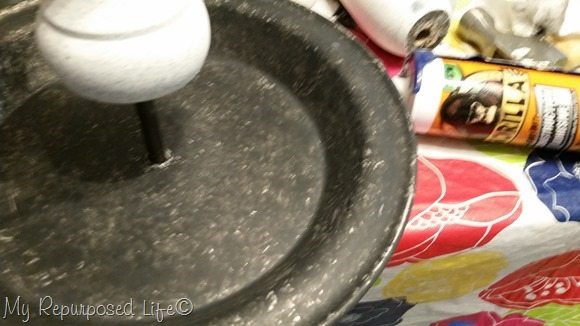 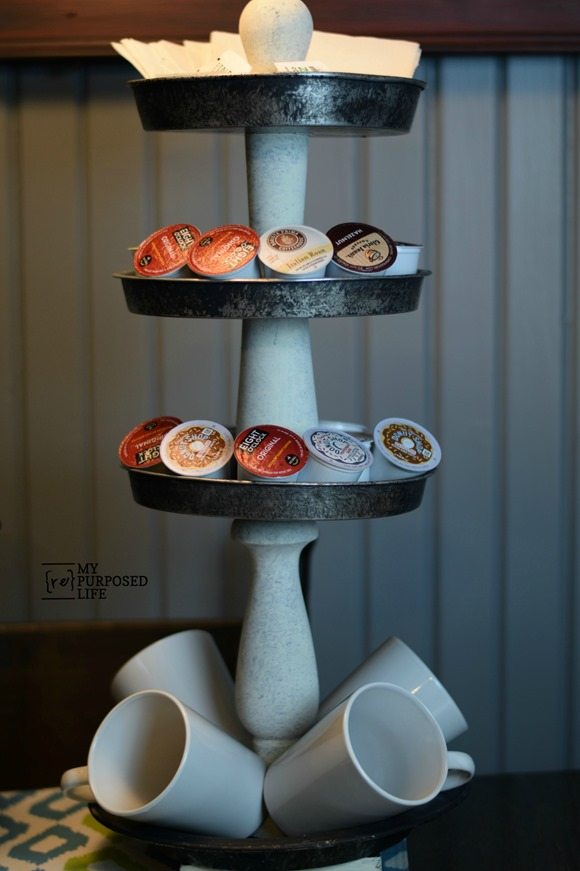 I LOVE it! I’ve been wanting to make a tiered stand forever. I actually bought some cake pans and an old tiered table last Summer, but I ran into some snags with it, and never finished it. 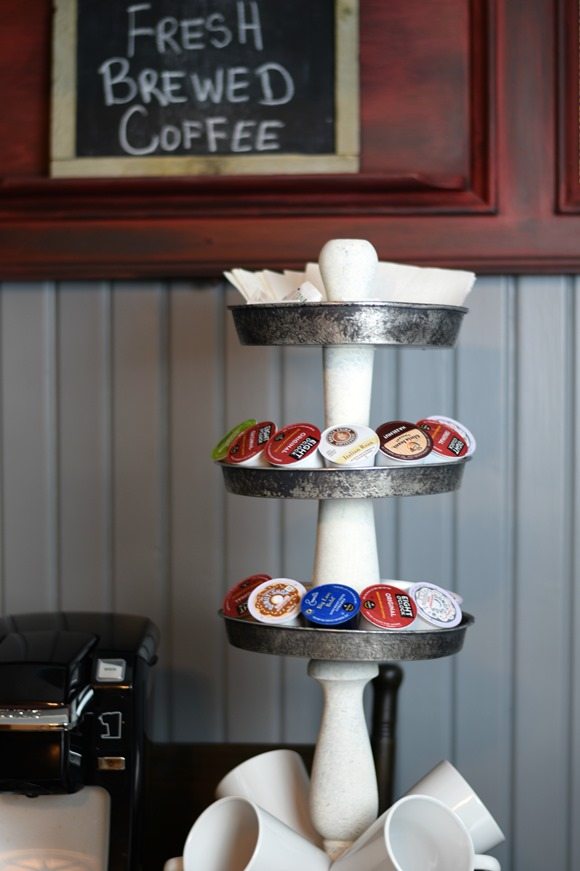 This large tiered stand is perfect to keep a coffee station organized. 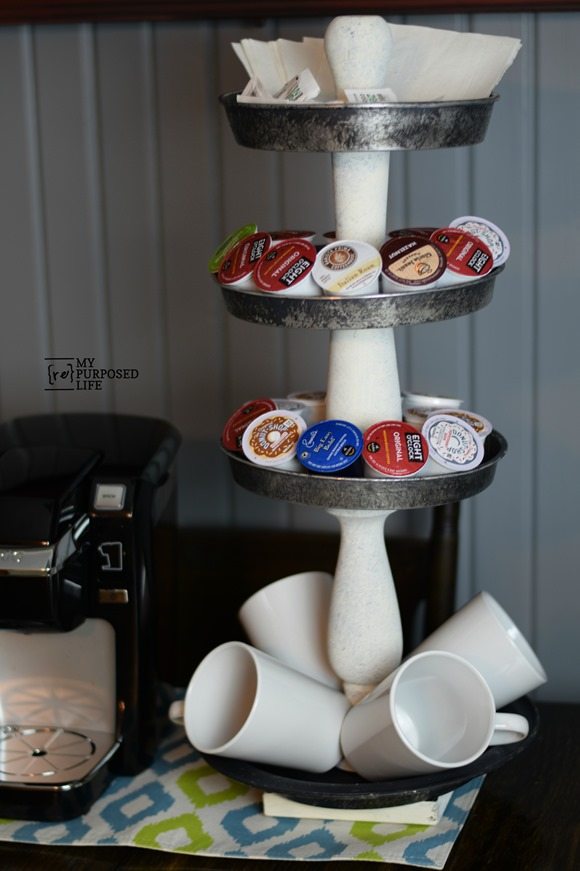 It towers over my small Keurig.

What would you use this extra large tiered stand for?