Y’all, t’s been hot, too hot to work on any projects outside. Last month we had some slightly  cooler temps, soI had some time to work on a couple of projects. I took the time to do a little video of how the Homeright Rapid Clean system works with a garden hose to clean my Finish Max. 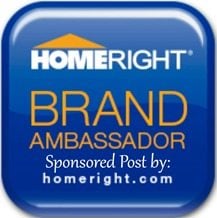 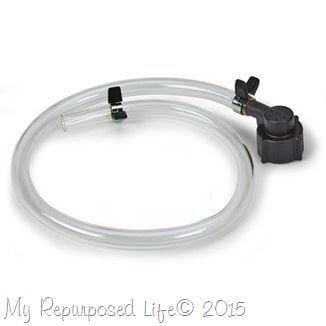 This is how the Rapid Clean is out of the box. You attach one end to a utility sink faucet or a garden hose. The other end connects easily to the pick up tube of your Finish Max with that little clamp.

The Rapid Clean is an accessory, sold separately. It does not come with a Finish Max. 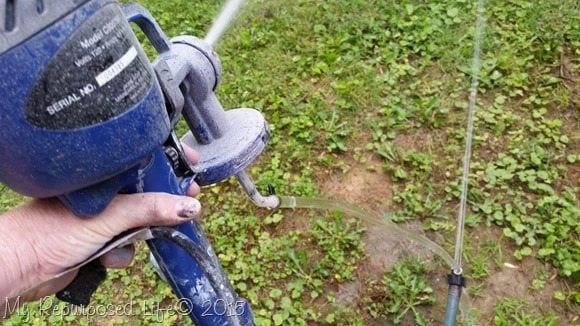 I don’t have a utility sink to use with the Rapid Clean system, so I use it with my garden hose. It’s normal for the overspray to flow out of the piece that connects to the faucet and/or the garden hose.

NOTE:  do not use the Rapid Clean system while your Finish Max is plugged in. (see the plug in my hand)

I hope the video does a good job of showing how easy it is to clean a Finish Max Fine Finish Sprayer with the new Rapid Clean system. 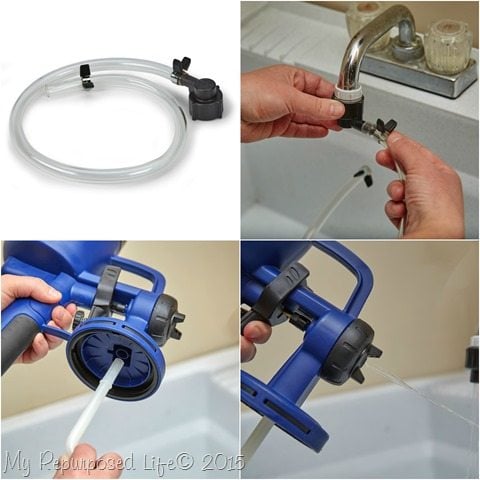 This is how you would use the Rapid Clean in a utility sink.

Do you want to see what I was working on? 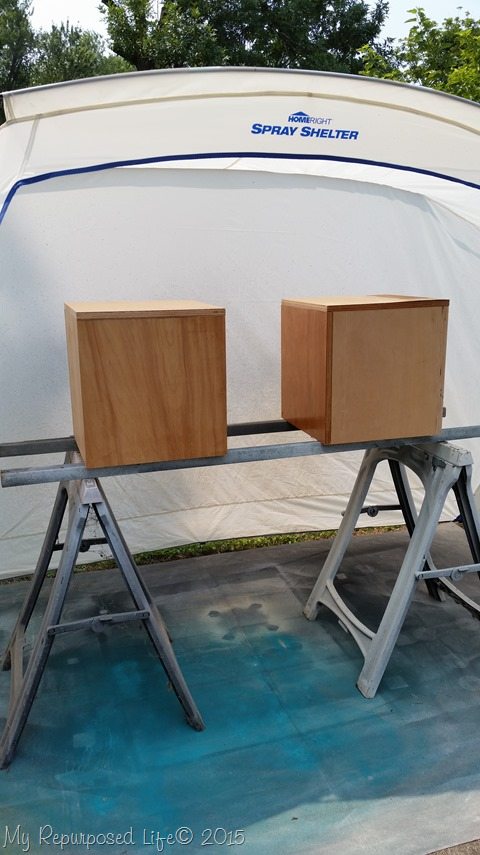 Cousin Terry stopped by to make some of these big square boxes that would become giant baby shower ABC blocks. 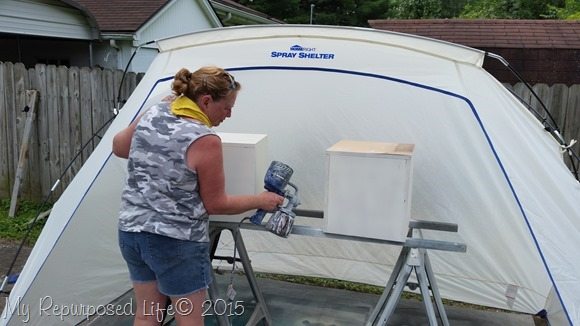 , using the Homeright Spray Shelter.  Rarely do you get to see pictures of me actually working. Terry knows the life of a blogger, and she’s eager to pick up the camera to snap some pictures. 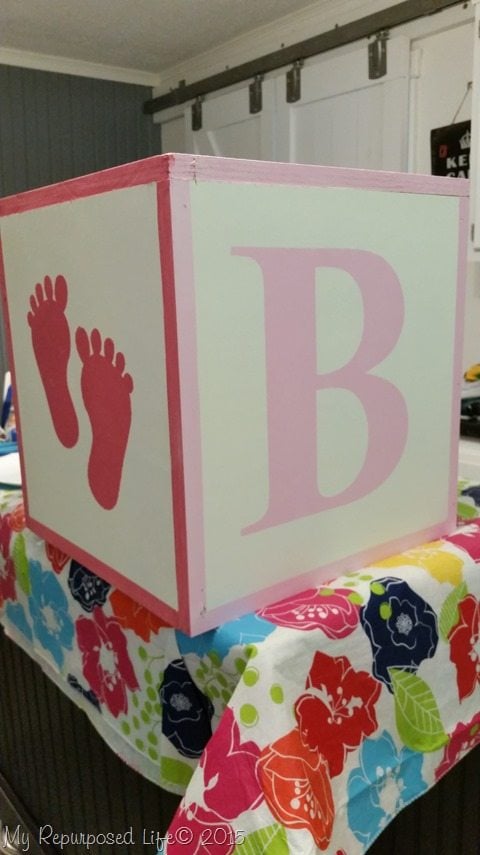 Because it was so hot, this project got moved indoors for the embellishment process. I used my Silhouette CAMEO to make some contact paper stencils. There are no in progress pictures because we had our hands full getting the contact paper to actually adhere to these blocks.

I used some less than perfect contact paper that I have had for awhile. I had put it aside because I was having problems with it. I was hoping that it would work better for this project than it does for my Etsy shop signs. It did NOT! I had to use some Scotch Blue painter’s tape to hold the contact stencils in place.

After doing all of the letters, numbers, and pictures—Terry came back another day so we could tape all of the edges to paint the trim around each block. These were made out of some scrap ¾” plywood that Terry got from a fabric store a few years ago when they closed. Some of it wasn’t in the best shape. 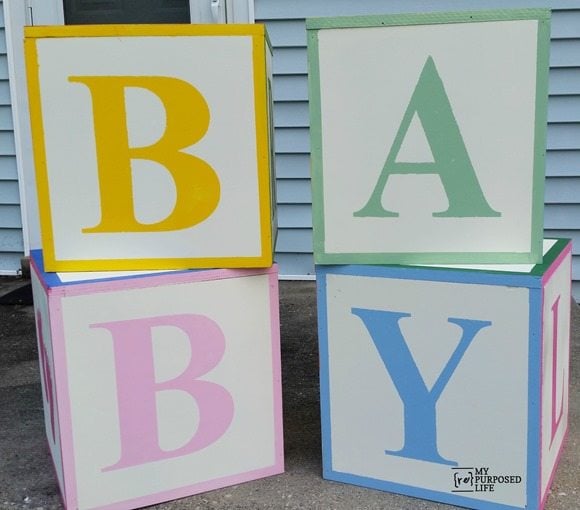 I did a little photo shoot after I took the blocks outside to store in the garage. 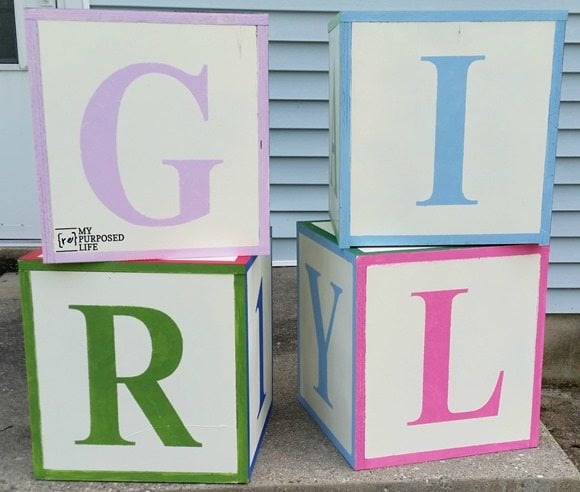 Terry is going to be a grandmother of a little baby girl! Yep, her son Doug and his wife Alicia are expecting a sweet girl in September. We made these blocks to help decorate at the baby shower.

You can see some of the other images and numbers we used on the back of these blocks.

Here are the baby blocks at the baby shower. 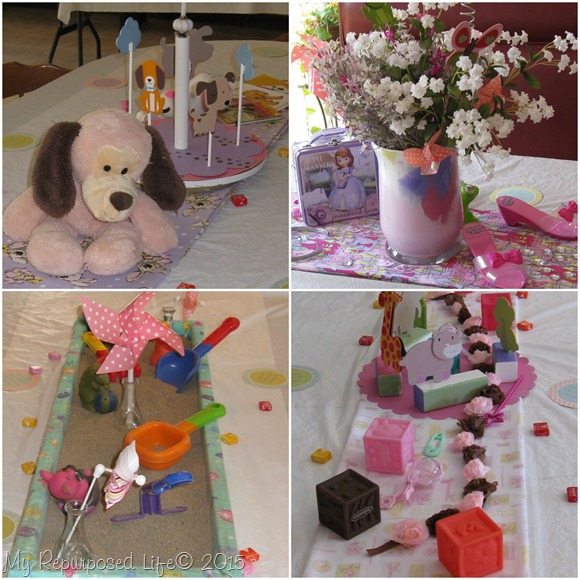 Terry did such a cute job on the table centerpieces. I snagged these pictures from Facebook. My favorite centerpiece wasn’t on there . . . 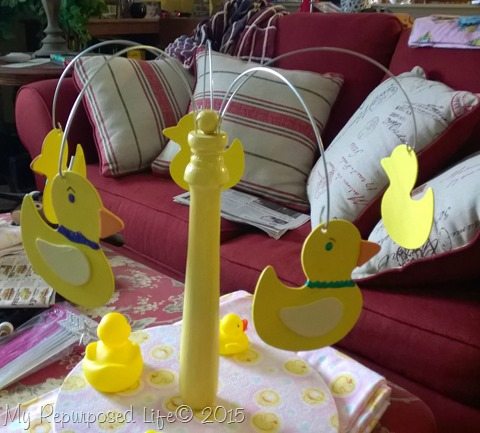 But I did have a picture text on my phone.

Terry used one of my old spindles for this cutie. She attached it to an old lazy susan so it sort of turned like a carousel. 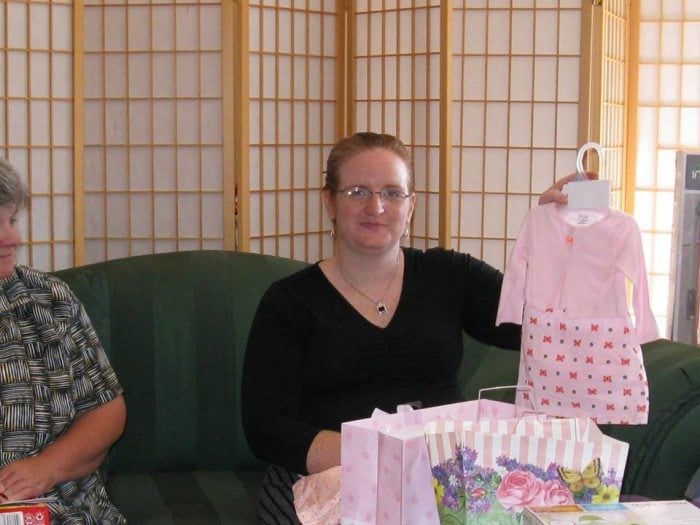 There were so many sweet pink outfits!

So, thank you Homeright for making the giant ABC blocks an easy diy baby shower project!

disclaimer: I am happy to be a Homeright brand ambassador. I feel lucky to be able to spread the word about my favorite Homeright Products!