Home » Home Reno » How to Replace a Toilet Fill Valve 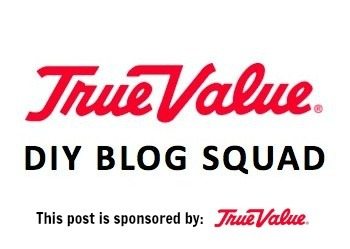 It’s been a rough couple of weeks around here  as far as plumbing stuff goes. I had a stoppage in the kitchen sink, and had to call a plumber. Most recently and not near as urgent was a toilet repair. 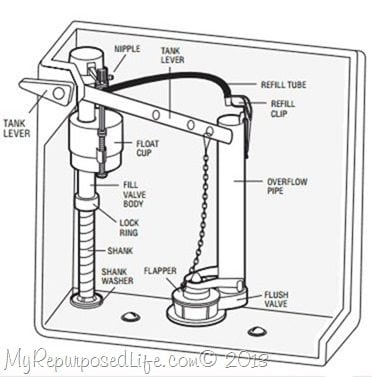 At least with the toilet, I knew it was coming. I’ve had to lift the lid off the tank and raise the little arm thing otherwise known as the float cup to make the toilet stop running. I got pretty good at it after awhile—didn’t even have to take the lid off, just lift one side and pull up. BUT, that gets old, and I was afraid I might get in a rush and leave the house without waiting for it to stop. 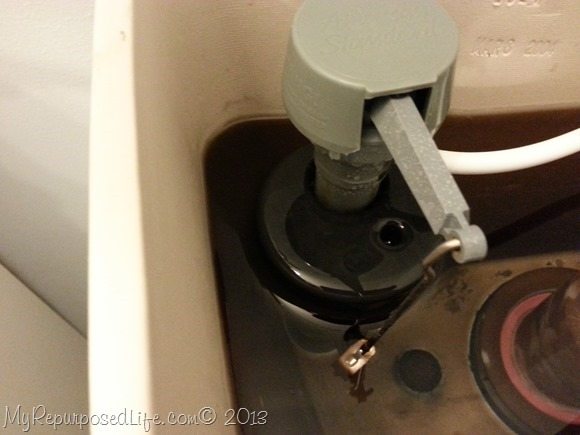 You can see the lever that I needed to lift up on to make it stop running. 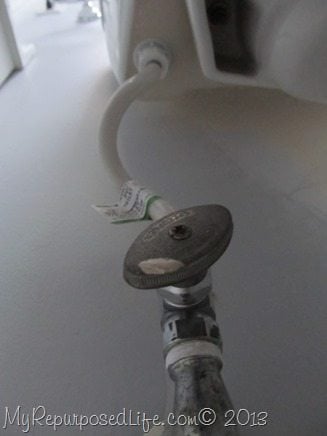 I shut off the water at the base of the water line. After shutting the water off, I flushed the toilet to empty the tank. 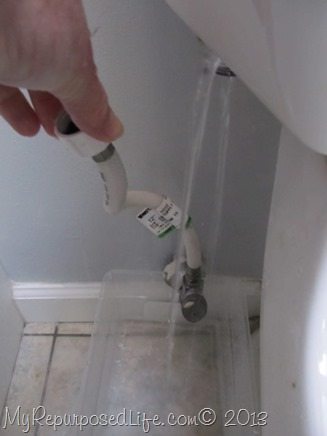 Not all of the water was out of the tank, so I used a plastic tote to catch the water that was remaining in the tank. 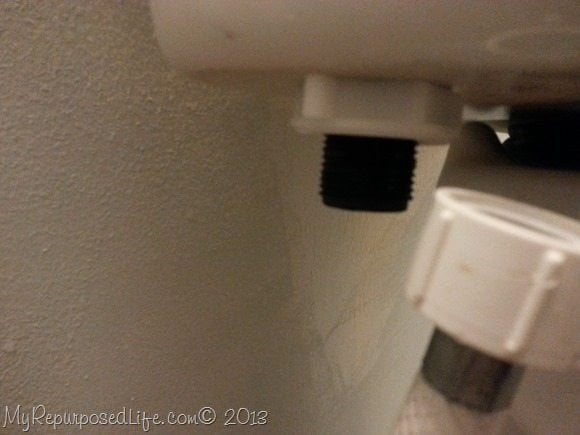 As you can see in this picture, I disconnected the water line from the shank. After that, I loosened and removed that plastic nut that is holding the shank in place. Very, very easy!

After removing the fill valve, I headed to Keith’s True Value Hardware to purchase the replacement part. Because I’d never done this before I wanted to make sure I got the right part by showing the folks at Keith’s just what I was replacing. 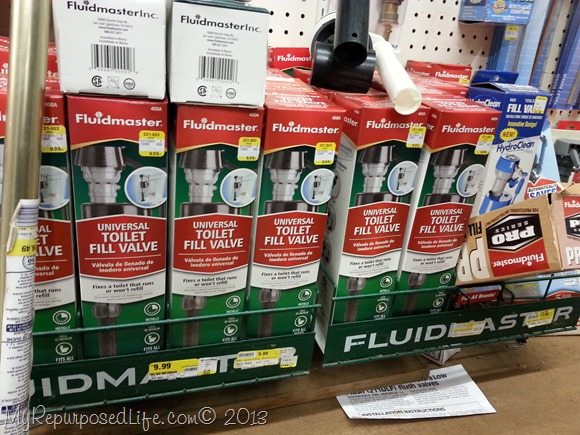 As soon as I walked in, Donnie was quick to help me. He showed me exactly what I needed, and even took my fill valve apart to show me that I could make adjustments if I wanted to. But I declined, and just got a new fill valve. I really enjoy looking around my local True Value store because they have the neatest stuff.

After leaving True Value, I had a couple of errands to run, and I was meeting my sister for dinner. After all of that, as I got out of the car, feeling very tired at only 8:30, I almost decided to let the repair wait till the next day. However, when I walked in the door I heard my fire/carbon monoxide alarm going off !!! I was so confused! I immediately went to the basement door where the alarm was blaring at me and flipped the light on. I instantly saw water on the basement floor and knew something went wrong in the bathroom. I rushed through the house and when I got to the bathroom door I saw the problem—water was pouring out of the water line, even though the shut off valve was “righty, tighty”. Back through the house I ran, in a panic, down the stairs to turn off the main shutoff for the entire house. As I flew back up the steps I grabbed the alarm,  FIRE, FIRE, CARBON MONOXIDE, it was yelling at me—so I put it outside to make it stop. Back in the house I went, and whir whir whir I hear another alarm. The regular smoke alarm which I thought wasn’t working any longer was going off. I ripped out the battery, and put it outside too.

Deep breath Gail! My head was spinning…. had the water coming through the floor boards that flooded the basement floor extinguished the pilot light on the water heater? Was the house filling with Carbon Monoxide? I called someone to come over to make sure I wasn’t alone as I investigated the problem. After removing the safety plate on the hot water heater I saw that the pilot light was still lit. I went out to get the Carbon Monoxide detector to put it back to see if it went off again—it didn’t. whew!

Now for the cleanup. I started mopping water up from the bathroom, emptying shelves of water in the basement…. then I remembered—oh yeah, I have no toilet. I gathered my wits and moved on to the task at hand, replacing the fill valve on the toilet. 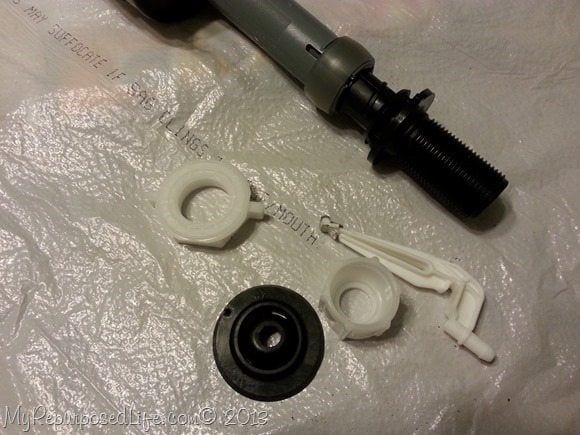 I opened the box and started digesting the directions, which seemed a lot worse than they really are. On a regular day, I could probably do this again in about 10 minutes. This night, it took me about 45 minutes and a YouTube video before I could flush my toilet. 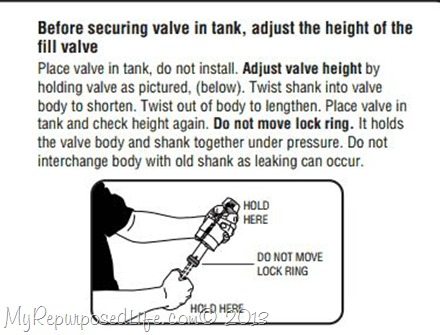 This is the step that had me stumped. I read it, re-read it over and over. Twist, pull. Twist PULL. PULL  PULL PULL. I could not get this piece to adjust for the right height. So, I did what I always do, I Googled and went to YouTube. The guy makes it look so simple. Two of us PULLED and just couldn’t get it to budge (even after moving the lock ring)  We tried everything. Finally I gave it one.last.PULL. It totally came out of the shank. After this glitch, the toilet repair went off without a hitch. 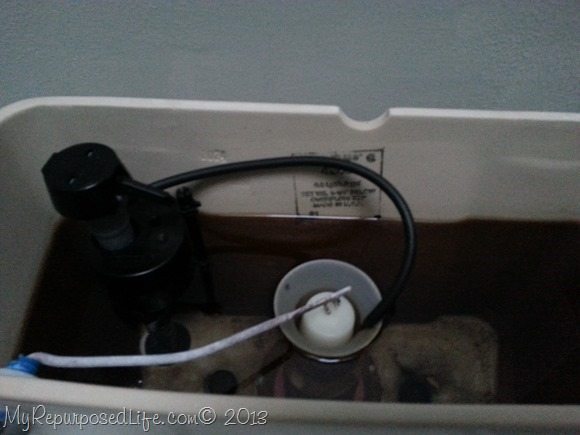 So, my tips for you are to know that you can Do It Yourself, but know your limitations. Don’t pay a plumber to a simple repair. My stoppage involved getting on the roof and using an auger to unclog the vent pipe. I don’t have an auger, and I don’t like getting on the roof. A simple toilet repair? I felt that was doable. I will need to ask my friends at Keith’s True Value about changing out the shut-off valve.

If/when you have questions, visit your local True Value store because they are very knowledgeable about these things.

Do you ever tackle your own plumbing repairs?

I was one of the bloggers selected by True Value to work on the DIY Squad. I have been compensated for my time commitment to the program as well as writing about my experience. I have also been compensated for the materials needed for my DIY project. However, my opinions are entirely my own and I have not been paid to publish positive comments.