Home » DIY » Build It » How to store Junk in your Garage

I think the title says it all. I’m a junker ie: a collector of junk! I am fortunate enough to have a 2 ½ car garage next door that is at my disposal. It is where I “hold” my projects in waiting and finished projects until they are ready to be sold.

When you collect junk, it can get quite messy and disorganized. 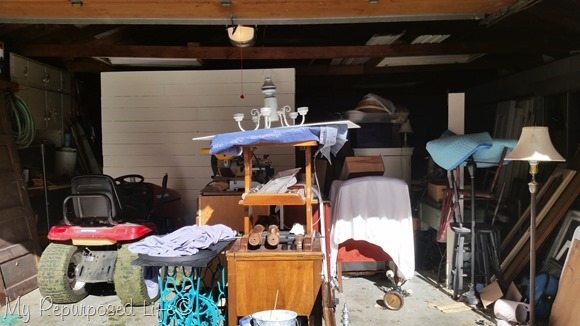 This is a recent picture, but really isn’t at “it’s worse” because since I have a booth at Vendors’ Village, many of the finished projects have been rehomed. There is a great deal of empty space, just imagine that a couple of months ago, all that space was consumed with finished projects.

I searched for pictures from the last time I cleaned the garage, but couldn’t find any.

I had to call in reinforcements for this job. I knew I couldn’t handle it on my own (in one day). Terry loves to organize stuff, so I knew she was the perfect helper. 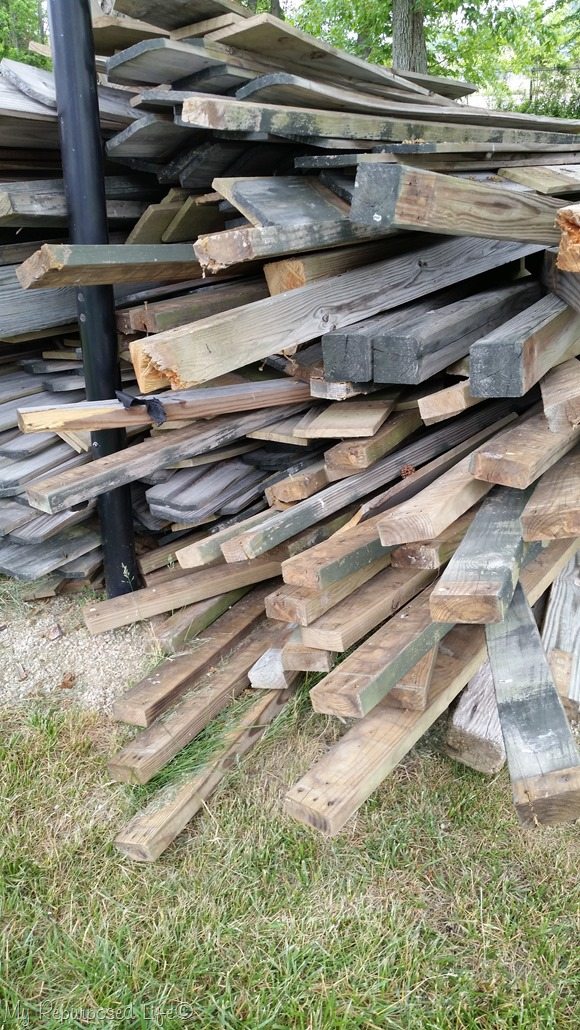 Maybe you didn’t know I got this haul of reclaimed fence last year. I have it stored away in a carport that is attached to this garage. 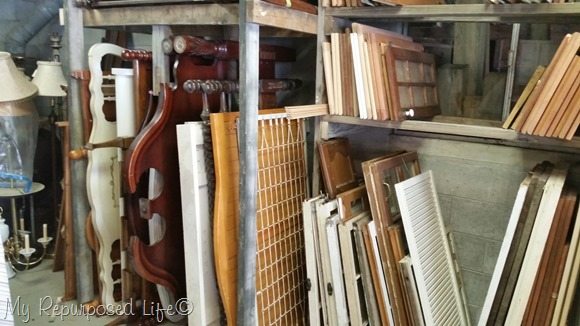 Terry and I put it to good use by building some corrals with it—suspending 2x4’s from the rafters. It was all her idea, she’s very clever that girl! You can see the lamp dept on the left, then the bed dept, and finally the cabinet door and window dept on the right. (between the lamps and the beds, is the mirror dept. They are all leaning up against the bed coral. 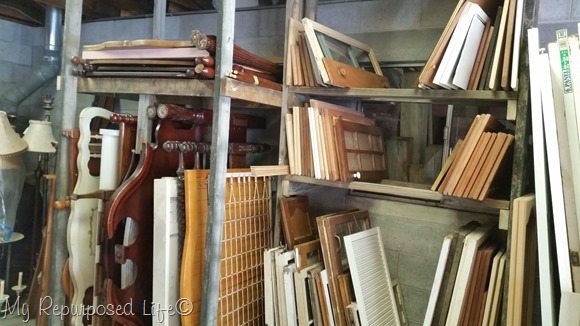 You can see we did an upper shelf allowing for the largest bed to stand on end, so I could put the smaller cribs on the top shelf. The windows and larger cabinet doors are on the bottom with the smaller items on the two upper shelves. 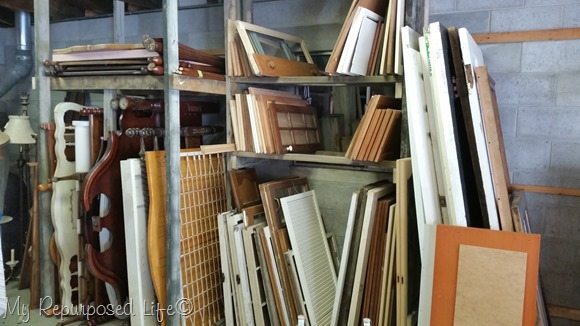 I have the doors stored to the right. The wood strips on the block wall don’t serve a purpose—they were there from a few years ago. 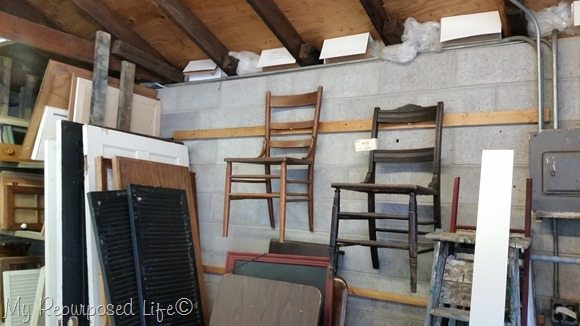 But, they did come in handy for hanging some chairs! 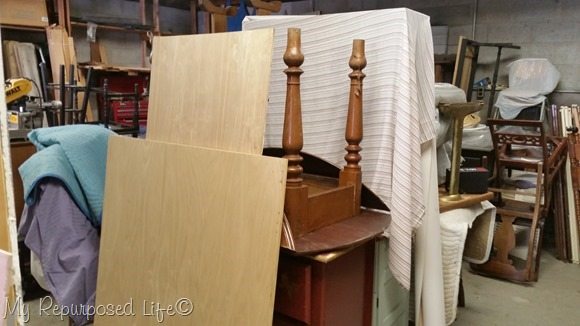 It looks like it’s a mess—but this is so much more orderly than it’s been in a very long time.

If you see something you’re curious about, just leave a comment and I’ll explain it. 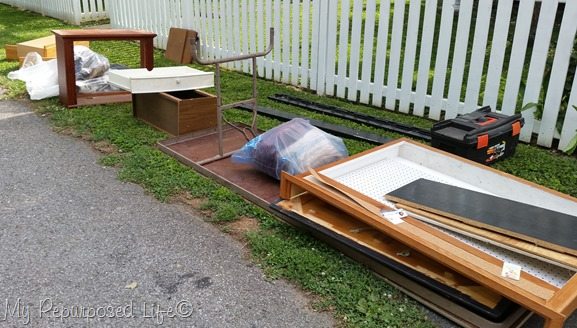 We did some purging and actually put all of this to the curb.

The good news is, working on projects is going to be so much easier. I wish I could find pictures of the bed dept in it’s former state. They were all stacked up against the wall and it was nearly impossible to get one out of the pack. Now, I can easily see what I have and get to it. The bad news? It’s still so hot I’m not able to work on any projects outside. 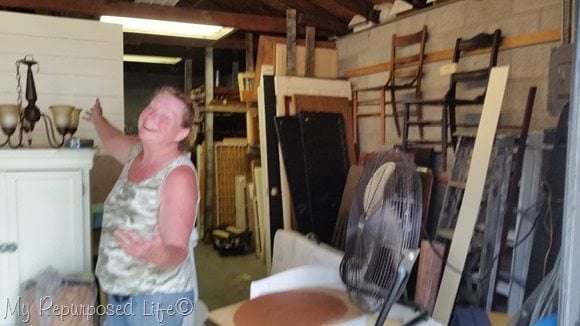 Okay—keeping it REAL! Excuse the blurry picture. This was a long, hot work day. But I wanted to show you where the portable wall is now. It’s sort of right in the middle of the garage which will allow me to stage projects without a lot of hassle of moving lawn mowers and furniture. When I take some pictures of a staged project, I’ll show you a better shot.

Maybe this fall I can tackle MY little garage. Probably will have to call in the big guns again. . . you up for it Terry?

EDITED TO ADD:  I did tackle my little garage with the help of my neighbor Rodney. If you struggle with organizing your shop in a one car garage, I have the perfect tips for you!