Some makeovers are easier than others, but the best makeovers involve at least a little sawing. If you know me, then you are aware that I’m happiest when cutting up furniture or lumber. This mid century side table was mostly unchanged during it’s makeover, just some paint and a new top. 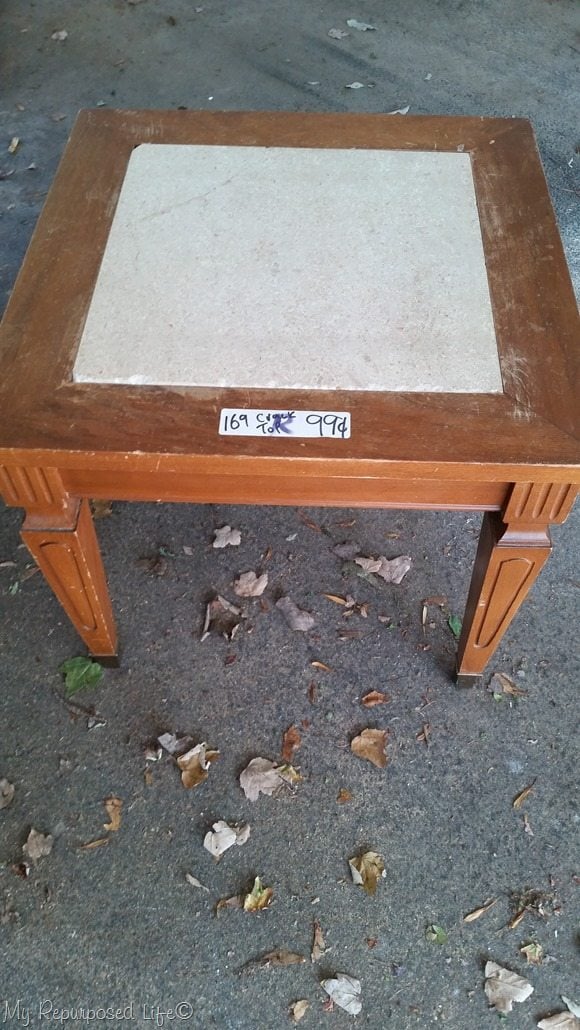 You can see I got a great deal on this $1 mid century side table due to the fact that it has a cracked top. 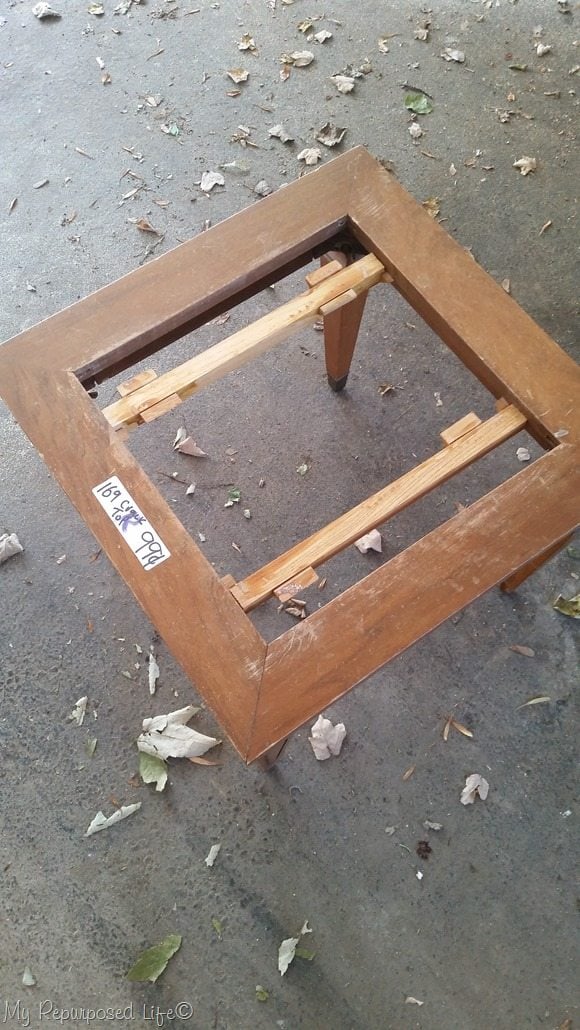 Other than the cracked top, the table was in pretty good shape. 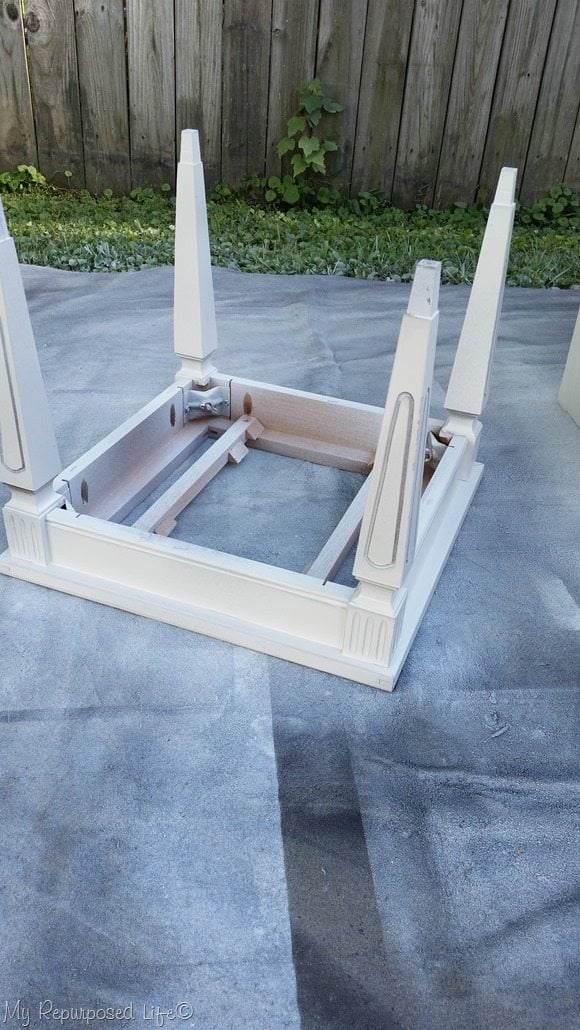 During a small paint marathon, I painted the table with some diy chalky paint primer with my Homeright Finish Max in Polished Pearl. 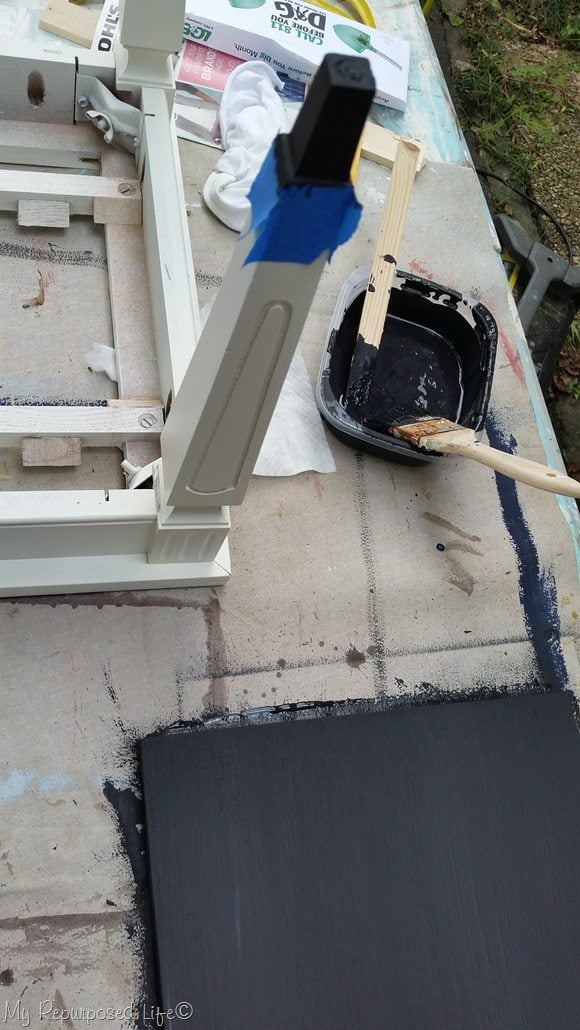 I used some chalky paint primer mixed with plaster of paris and Behr Beluga to paint a new top and the feet of the small table with a cheap chip brush. The top was cut out of some laminate shelving I got from a friend.

Use black paint as a glaze 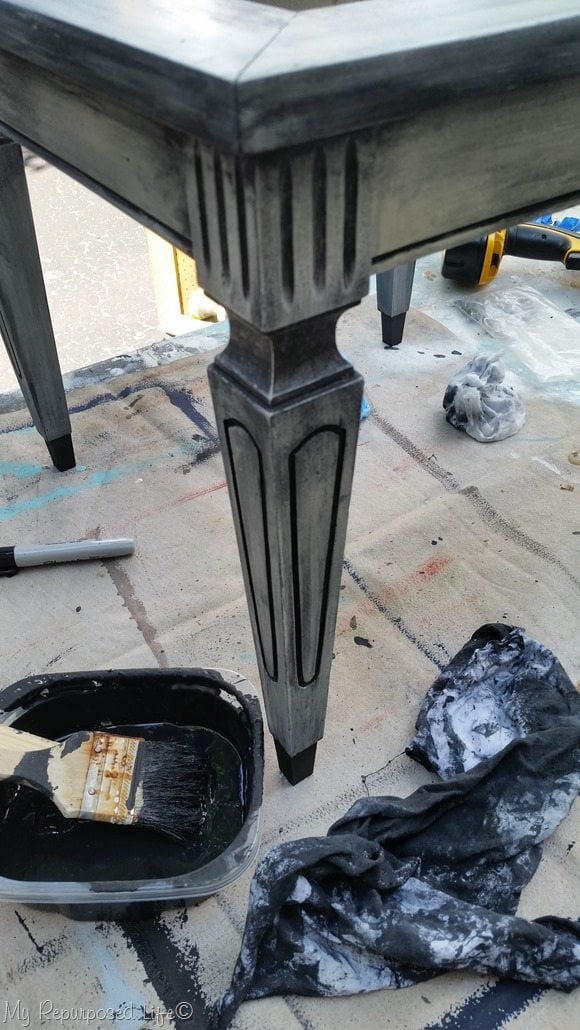 To get a glazed look, I used some Behr Beluga watered down—applying with the chip brush, and quickly wiping it back with a rag, allowing the paint to stay in the recesses of the table. 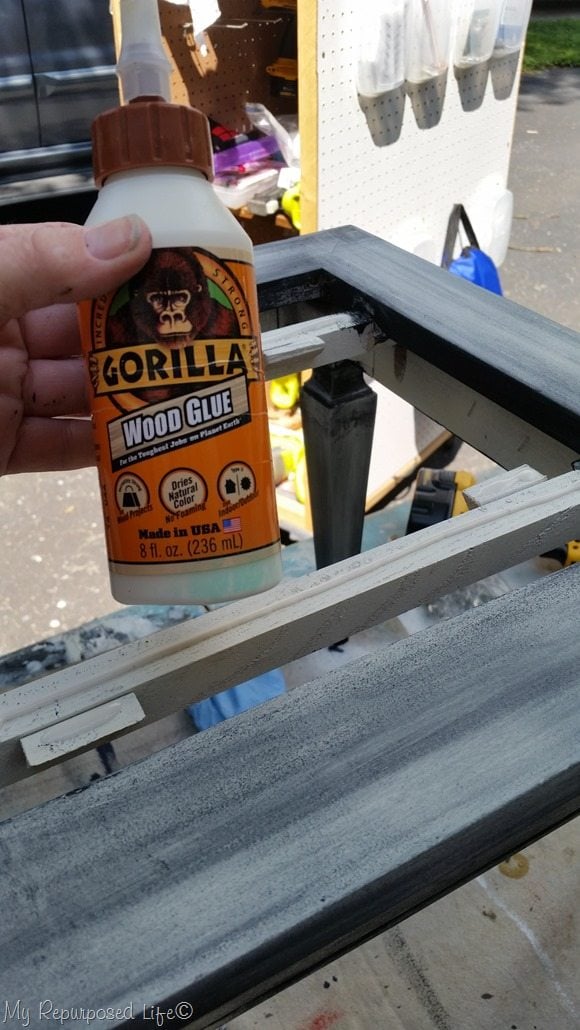 I used Gorilla Wood Glue to secure the mid century side table top into the frame. You can see my rolling tool cart in the background. It’s really handy to have nearby while I work. I now find myself picking up after myself as I go. Whereas I was always  waiting till the end of the day to put away all of my tools. 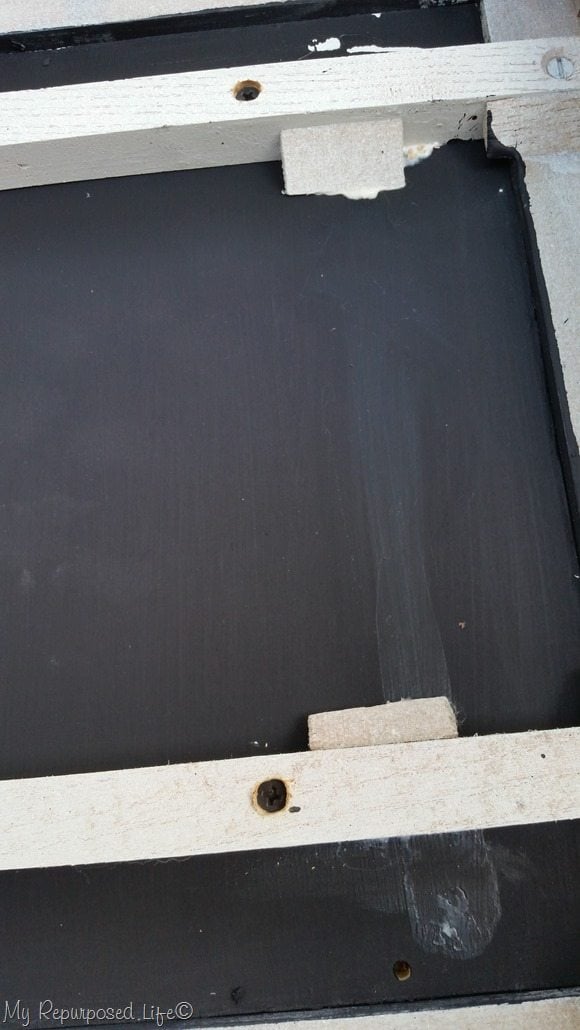 For extra strength, I drilled pilot holes with a countersink bit and used some wood screws left over from another project. 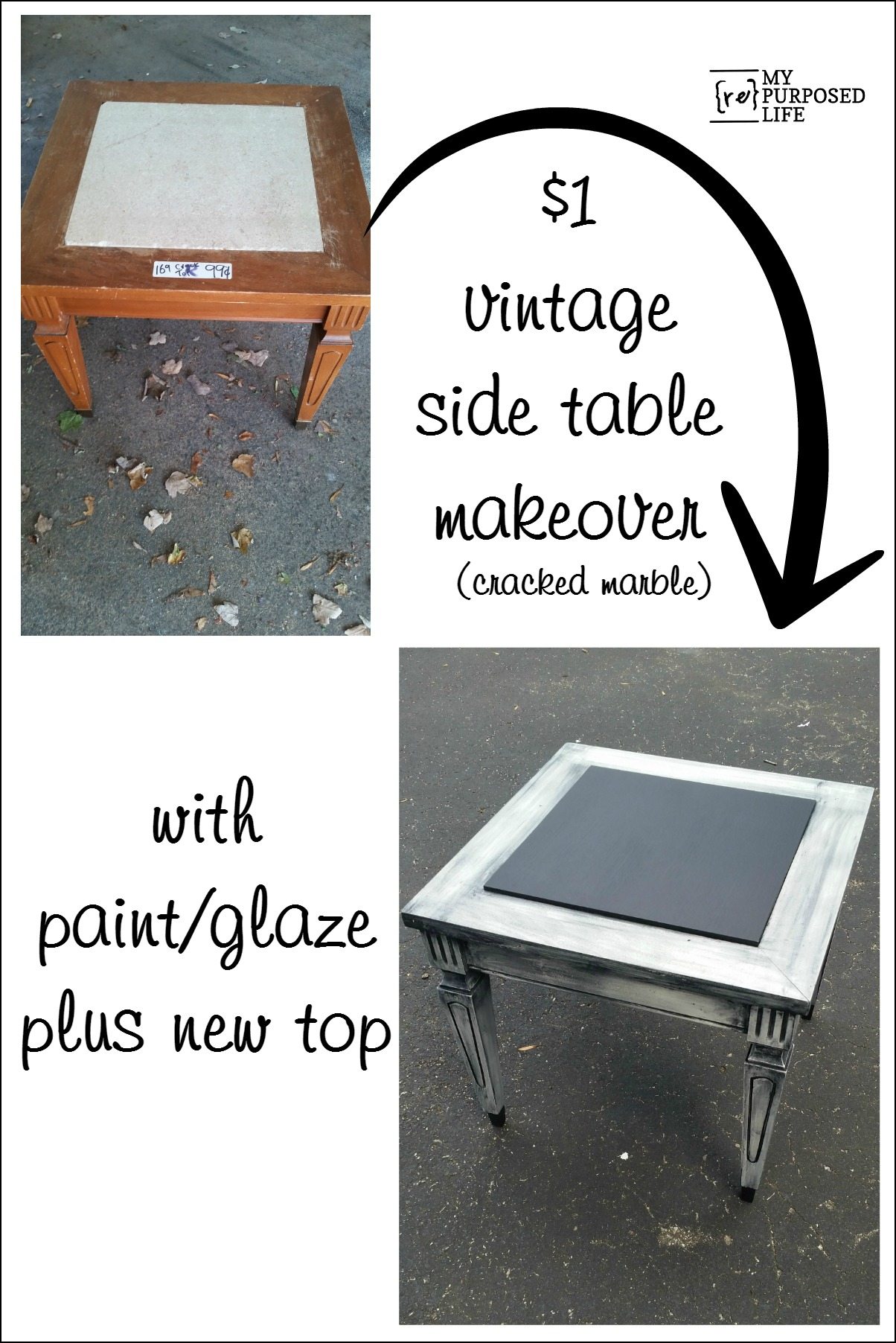 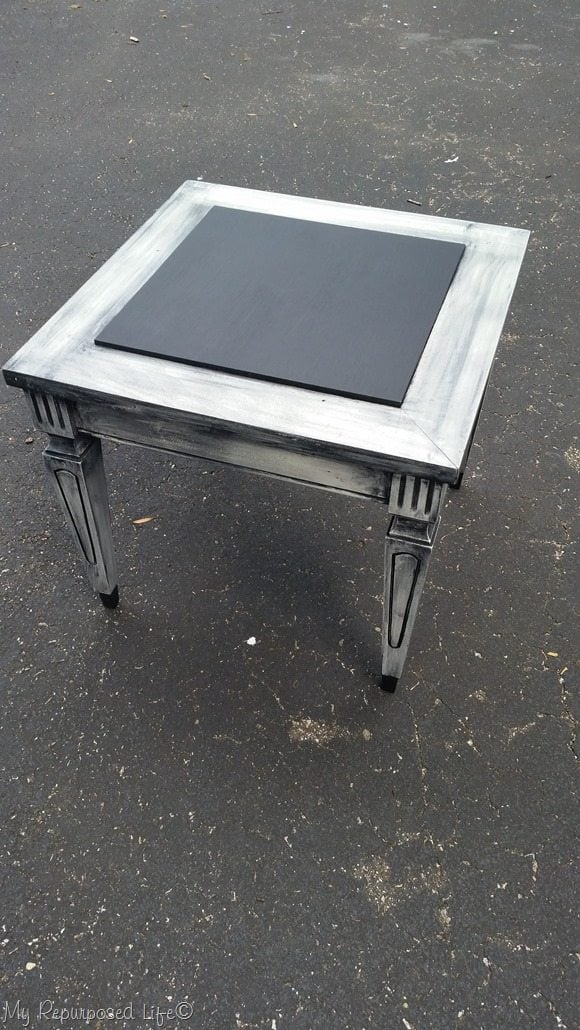 You may not have noticed in the “before” pictures—one of the brass feet was missing, so that’s why I ended up painting them black. 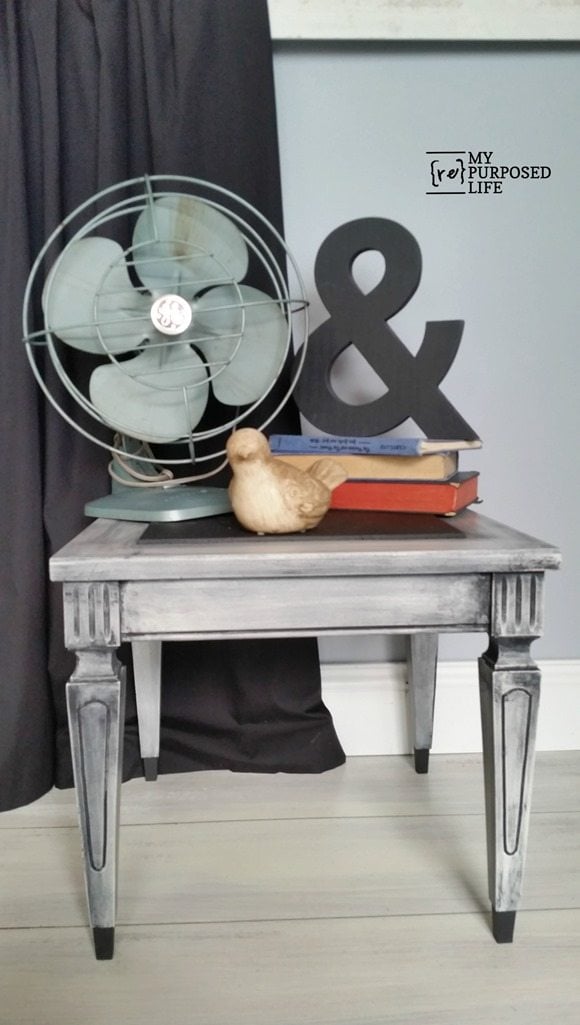 I have been wanting to do this paint technique for months! But I was waiting for the perfect piece. I love how it turned out using the black paint as a glaze.

Do you love this mid century side table makeover? Do you think it’s worth more than a dollar now?