A while back I picked up 4 drawers for free, and to be honest, I can't remember where I got them. 🙂  Over the past few months when I would see them I would envision different ideas of how I could use them, but nothing really "clicked".

Being a busy mom, I decided that they could finally help me out by becoming some much needed under the bed storage for my youngest boy. Aaaaand it didn't hurt to get them off of my back porch that is SLOWLY making progress,  I wanted it to be done two months ago, and it. is. not. done. I did say I was a busy mom...right?! Anyway... 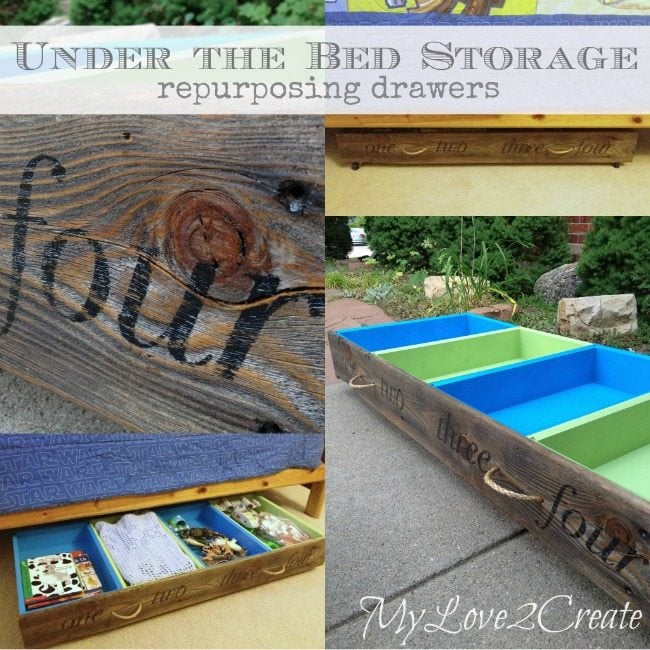 I love how they turned out! Let me show you a before of the drawers. 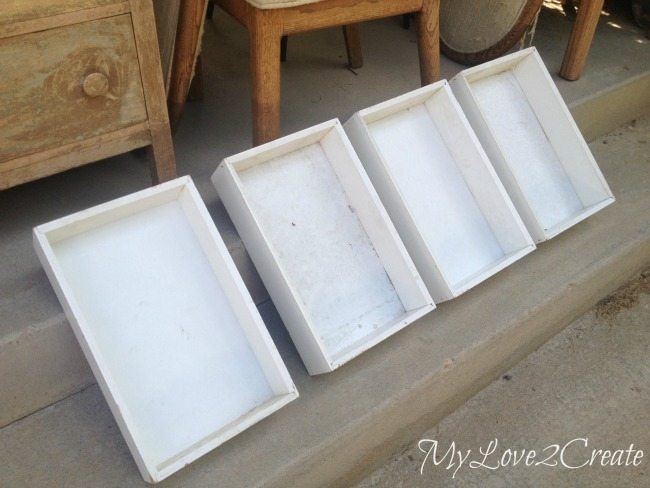 I am not sure what they were used for because they had no "fronts" and no pulls. But they were in great condition and good sized, just a little dusty. 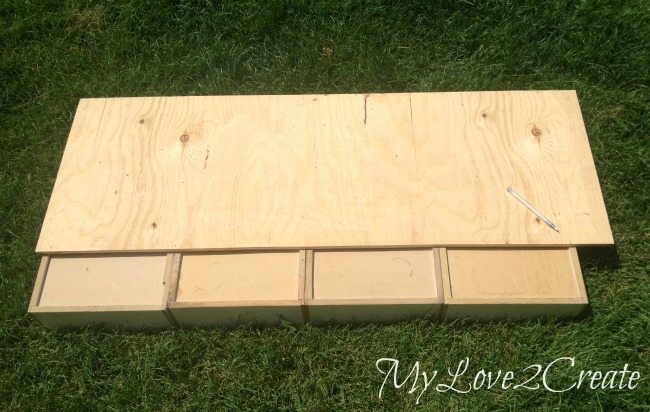 The idea to turn drawers into under the bed storage is not new by any means, I have seen several different versions...and here is mine. I started by laying out the drawers in a row and marking on a scrap piece of plywood where to cut to make a bottom. Then I trimmed off the end with my circular saw. Luckily  I only had to trim one side. The depth was almost perfect already, just a little bit short, but good enough! 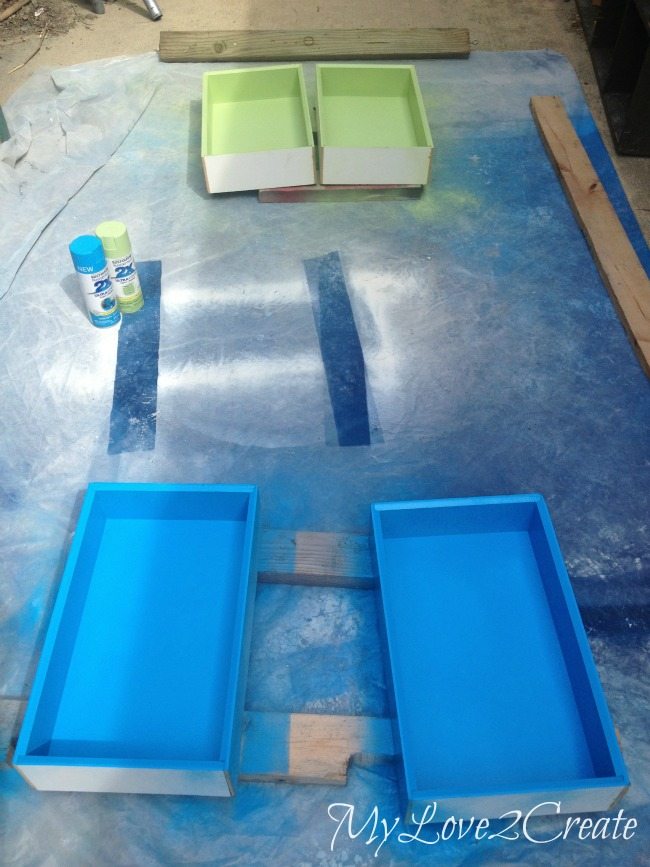 Instead of building first I opted to spray paint the inside of the drawers. I had these two left over cans from my Old Chairs into New Bench and Old drawers into Porch Planters (wow...I come up with some really original titles, lol!)  Both projects were first seen here on My Repurposed Life, Here and Here.

I thought these colors were perfect for my boy's room, plus they match his bedspread, sa-weet! 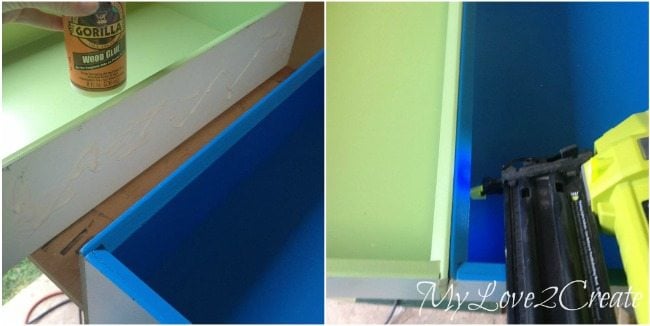 After the paint dried, I glued and nailed all four drawers together, making them into one piece.

Then I flipped them over and glued and nailed on the plywood bottom to make them really sturdy. You could add screws as well. 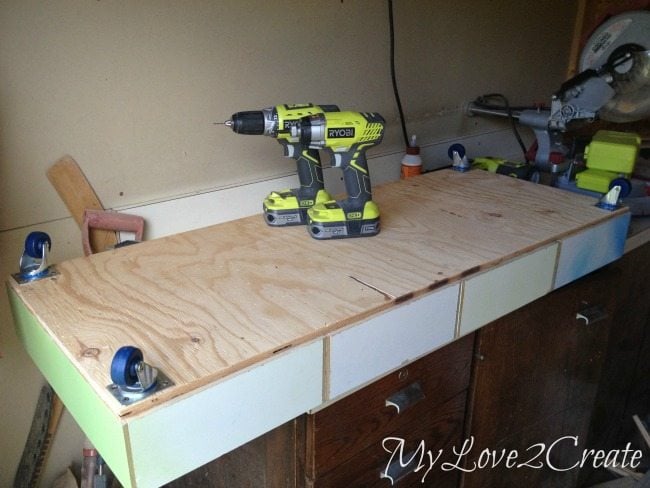 The most important part was adding the casters so my little guy can easily pull out the drawer storage. I picked these up on sale for a dollar each at Harbor Freight back in March when I was helping my sister do her Closet/Laundry Room Makeover. You can't beat 4 dollars! I pre-drilled and screwed them on. 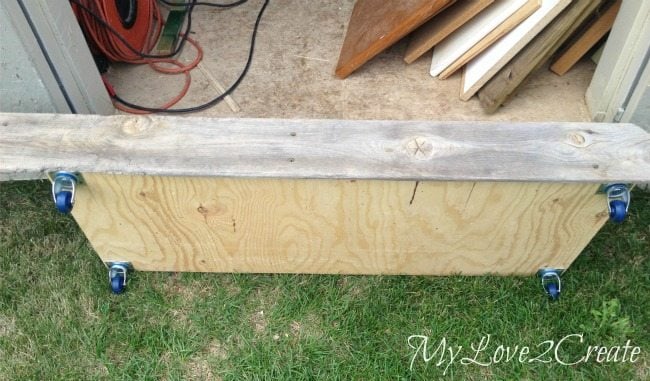 For a front piece I debated for a while and finally decided to use this great old fence board. It was the last one from when I made my Long Tapered Crate, and it was perfectly imperfect, awww the rustic goodness of reclaimed wood.

I set it on the drawers, marked the ends and cut it to fit.

Since my little guy is starting Kindergarten this year I thought it would be fun to add some "number words" I cut them on contact paper to make stencils and then painted them black. 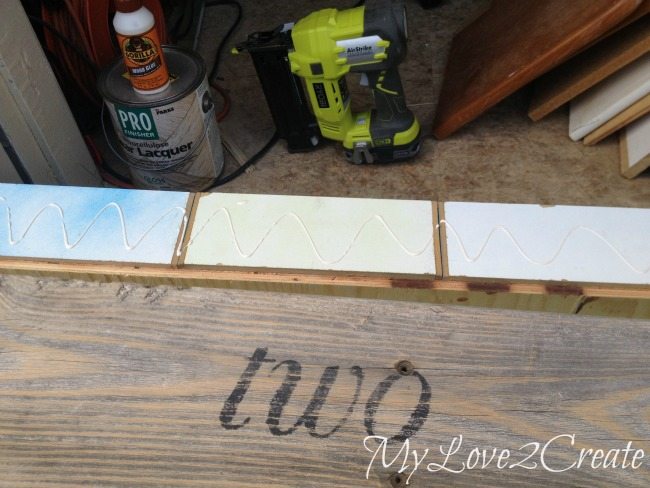 After a little distressing the front was ready to be attached to the drawers! Again wood glue and nails did the trick. 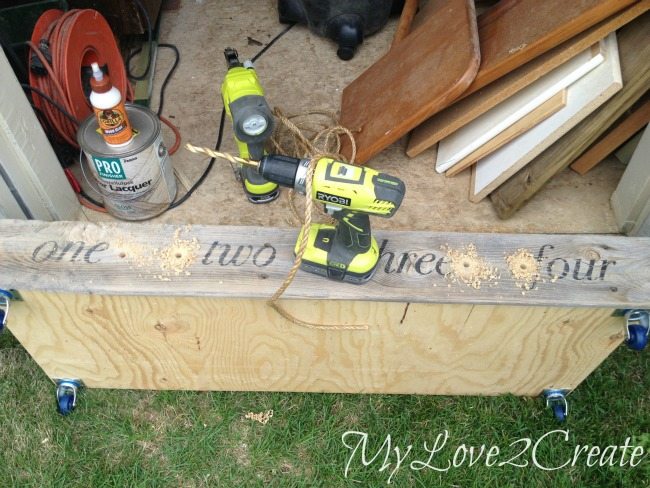 To keep with the rustic front I went with simple rope handles and drilled holes for those. You can also see the Laquer in the photo. I added a few coats to the fence wood to darken it up and protect it. 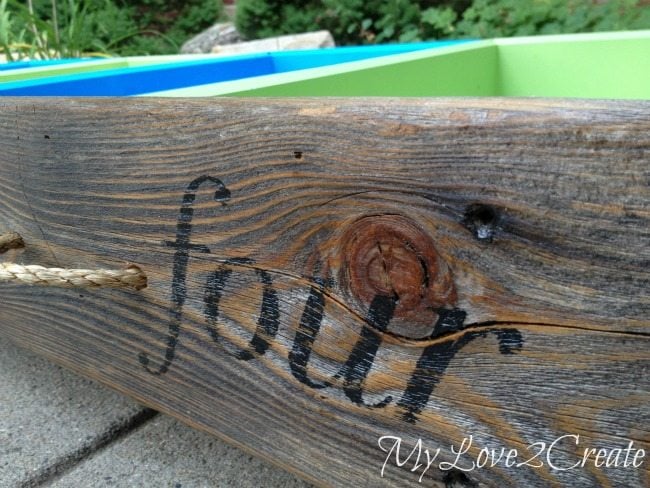 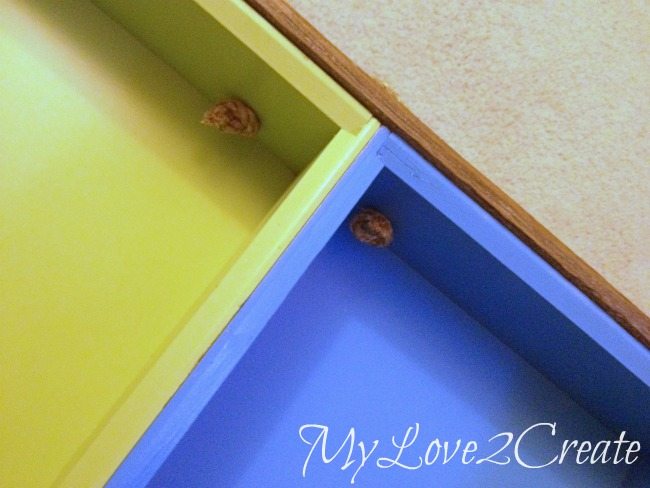 Here is an inside shot of how I just knotted the ropes, quick and easy! 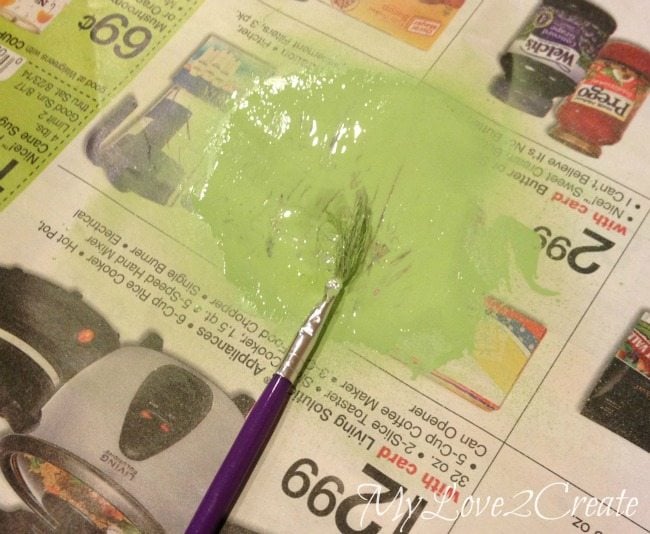 I did want to mention that I had a little bit of touch up to do, because I was building right after I painted. The best way I have found to touch up with spray paint is to spray a spot really close into some newspaper and use a cheap brush to quickly paint over the spots. You have to work quick because spray paint dries so fast, but it was SO much easier to touch up the nail holes, rather than tape off and spray paint all the drawers alternating colors... 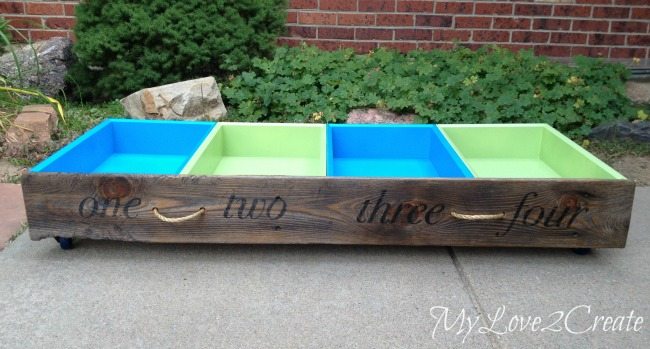 I think these drawers were meant to be stuck together... 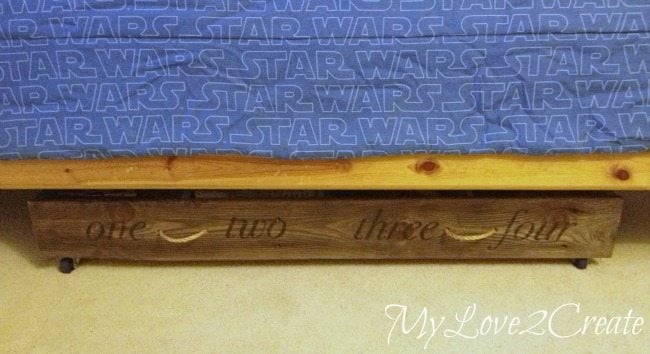 And under the bed storage never looked so good! 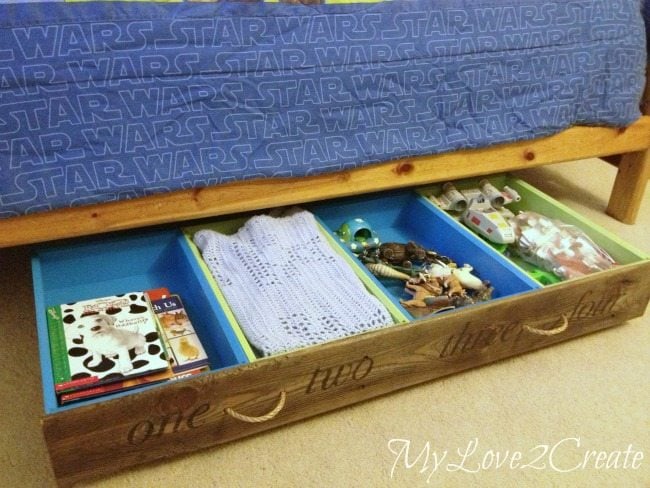 Truth be told I think it is just fun for my little guy to pull it out and push it back in, he could care less about being organized...but I am sure loving it!

Too bad I only found four drawers, I could use some more of these. Of course it would be easy to make from scratch too, but repurposing is so much better!

Have you ever made under the bed storage out of drawers?

see more of Mindi's posts on MRL below:
[categorythumbnaillist 274]