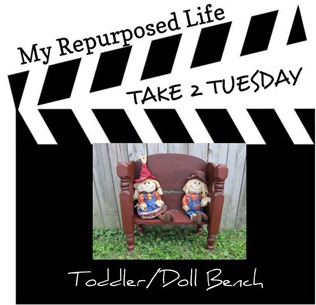 I built this bench last year as a toddler/doll bench. I painted it pink, hoping it would find a special home with a little princess. Almost a year later and it didn’t sell. So, this Take 2 Tuesday is a little different. Instead of just showing you an older project, I’m going to show you how I changed that pink bench into this new version. 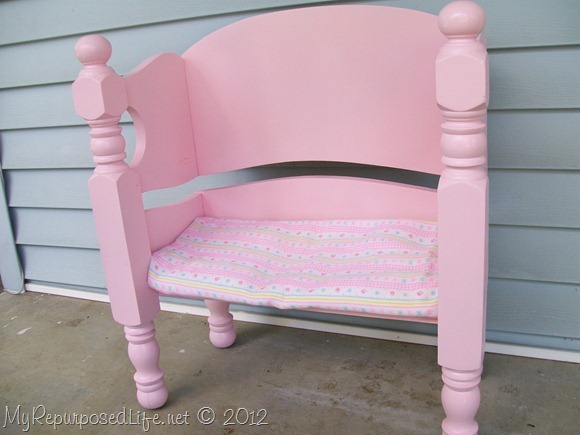 Here is the toddler/doll bench in it’s original state. You can see how I built it in the post Pink Toddler Bench. After having it in the shop for months, and then putting it in a temporary booth for about 6 weeks, I decided to ask opinions on Facebook. I sort of decided that I would let a local rivalry football game decide the color. Red or Blue. Red won the game (University of Louisville). I had suggestions of adding vinyl and removing the ball posts. That’s something I hadn’t even thought of. 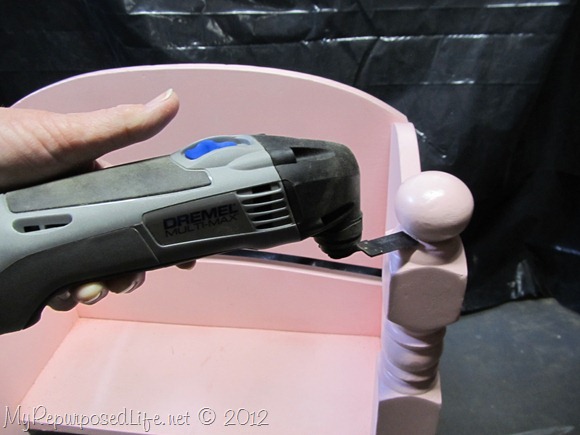 I used my Dremel Mulit-Max to cut the tops off. 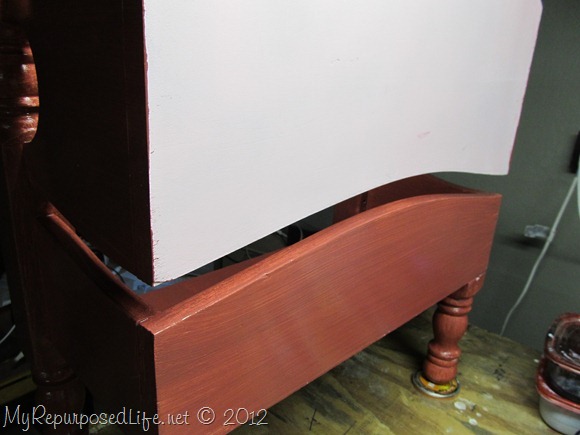 I started painting it with ASCP in Primer Red. 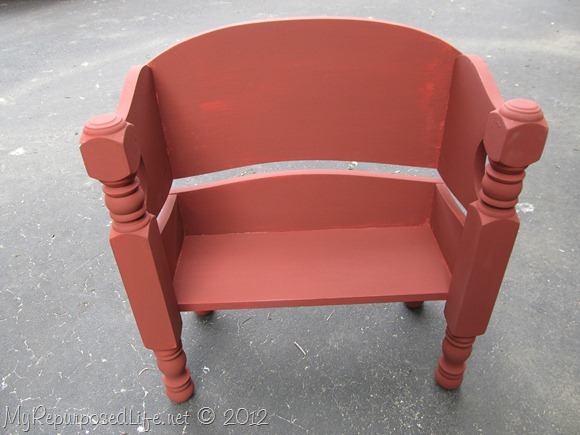 Here it is after 3 coats of red. 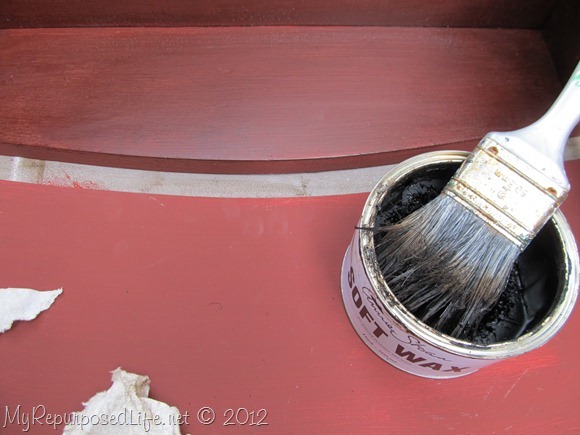 I got out my ASCP dark wax and got busy giving it some character! 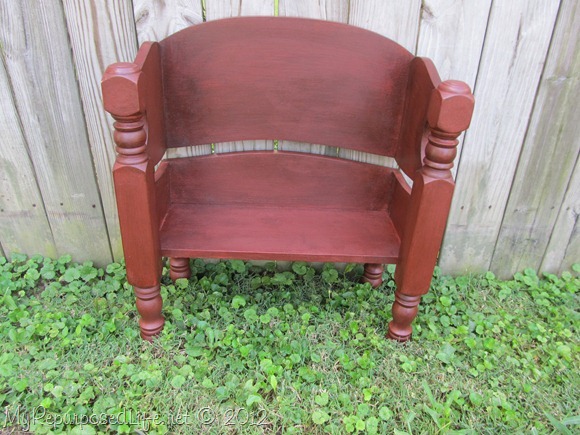 Here she is in her new red dress. 🙂 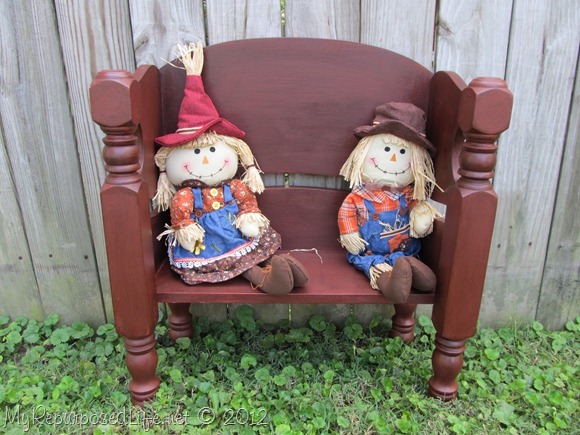 For fun, I added some Fall Scarecrow people. I had this bench marked $20 for almost a year. Do you think I should mark it a little higher now?