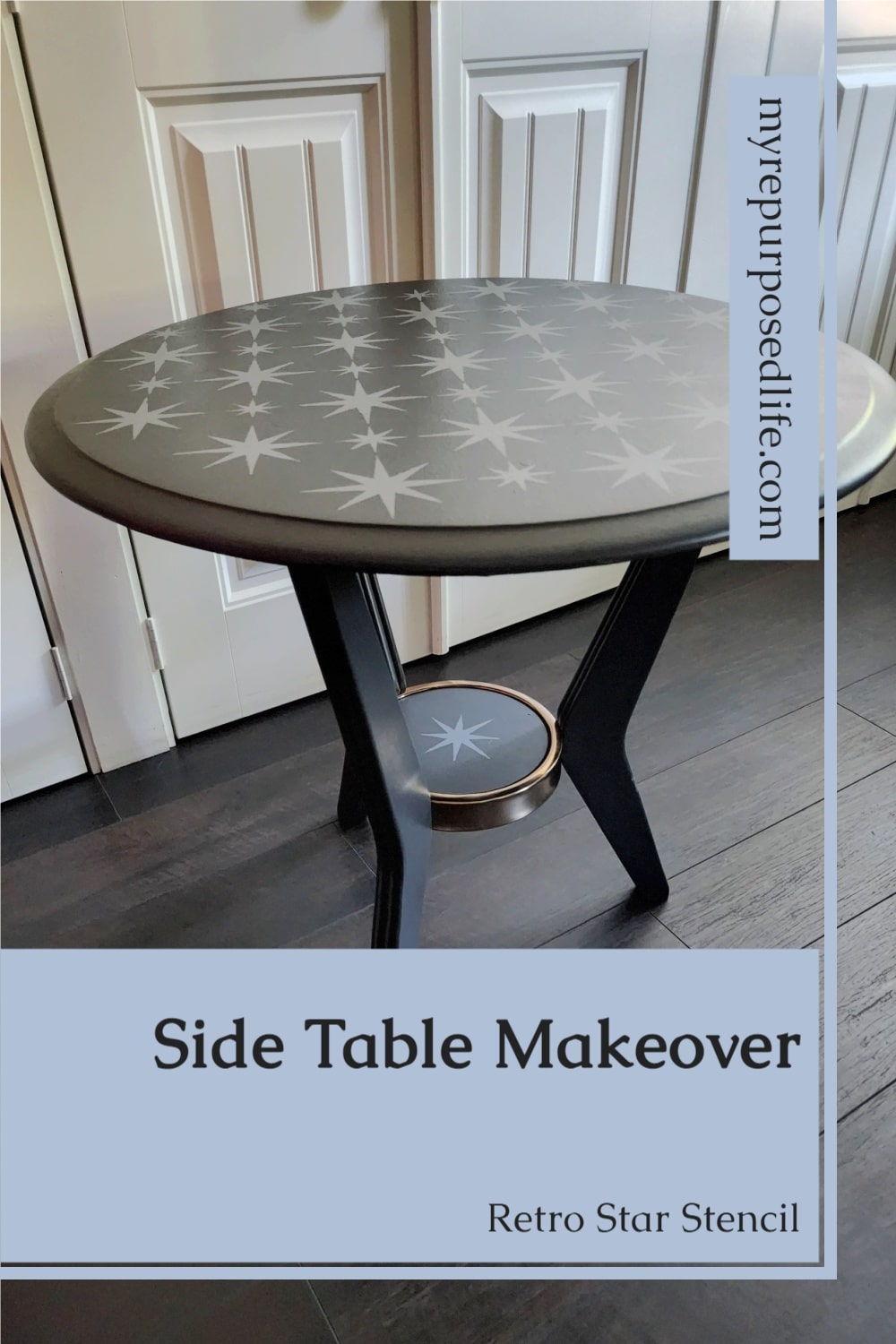 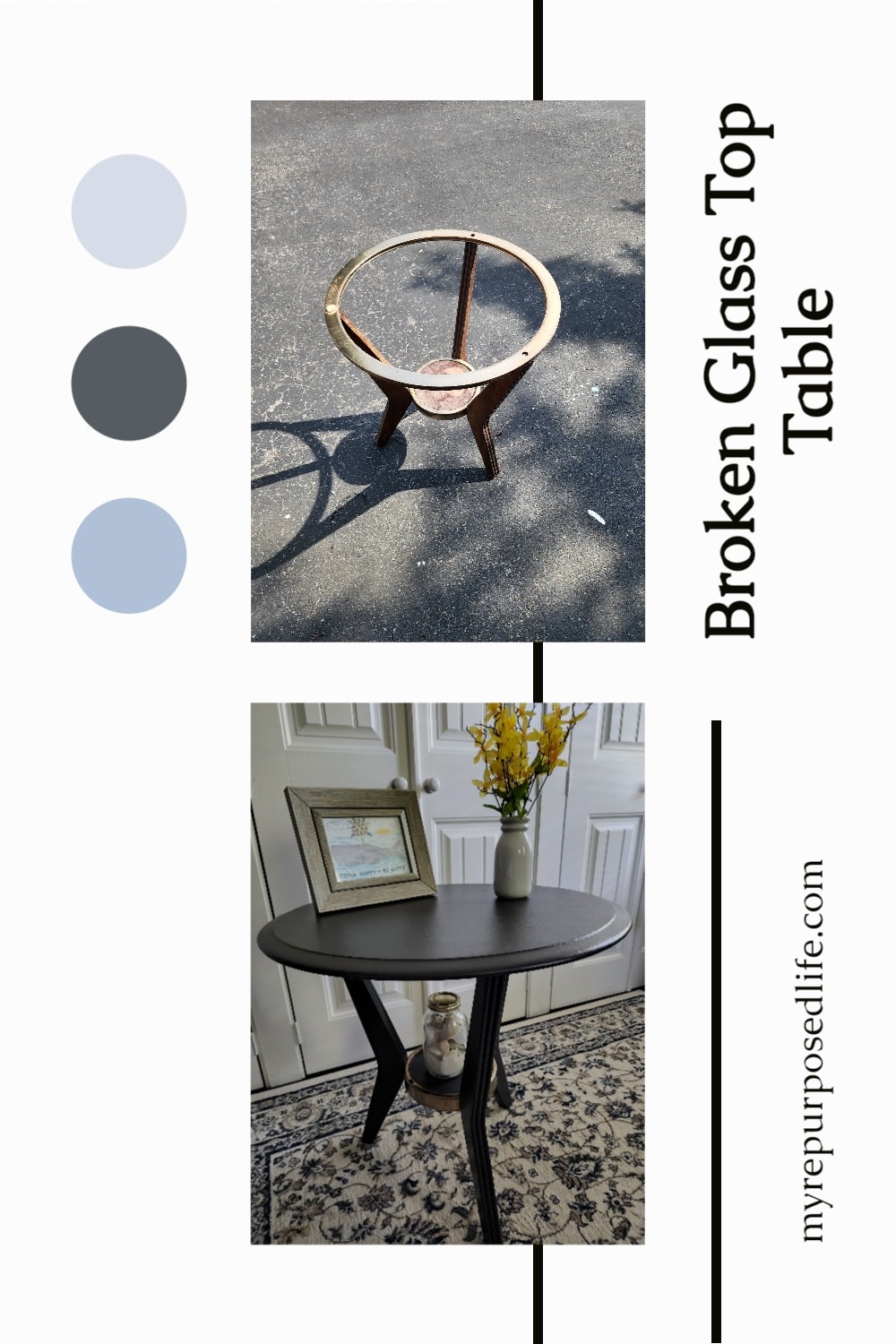 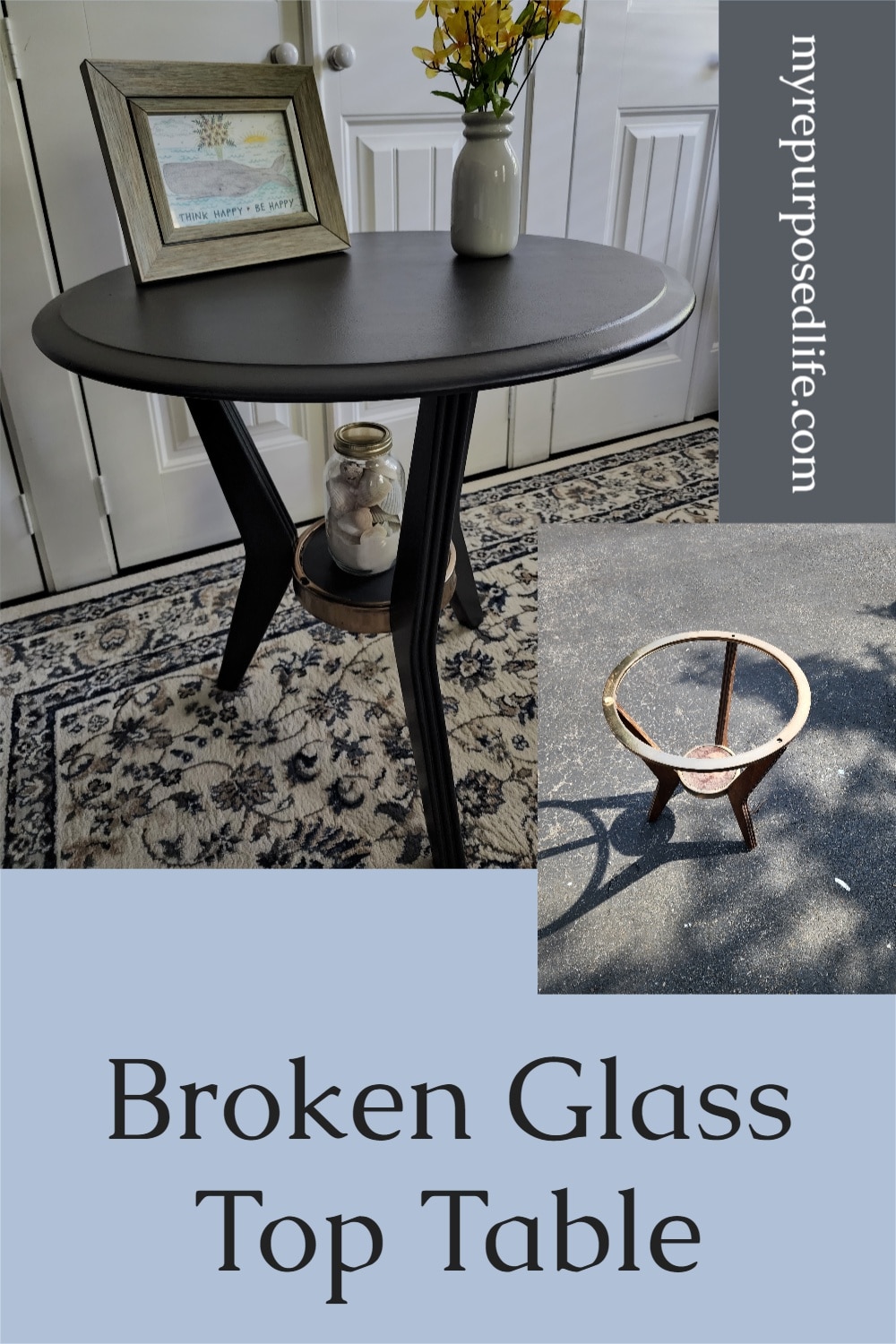 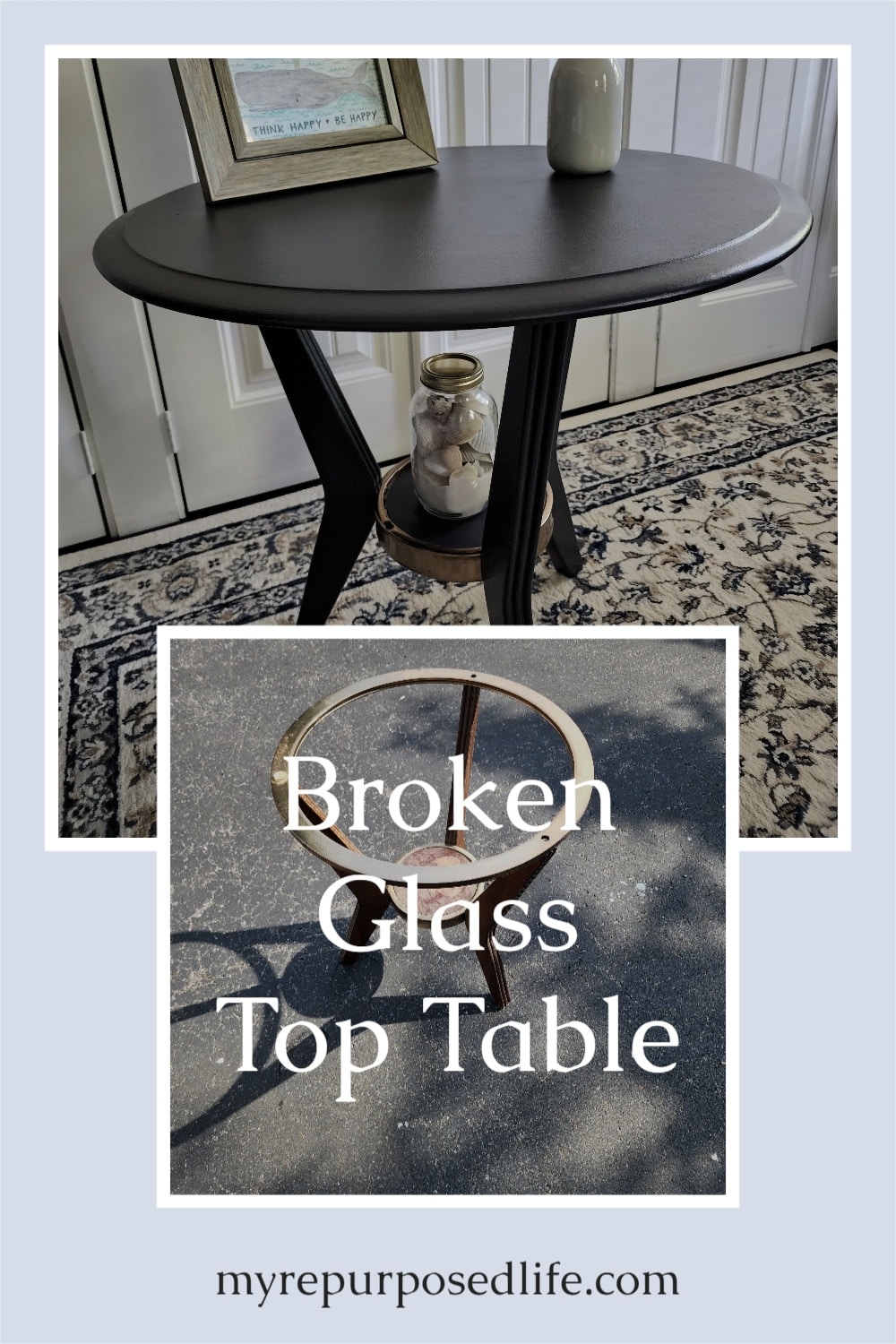 This three legged side table probably had a glass table top. I suppose someone must have broken it, because it was found on the side of the road topless.

When your friend texts you and says, "curb find, do you want it?" Who would say no? Not me. So, I said yes, and almost two years later this three legged table finally found it's way into my queue. How did it happen? I was cleaning the garage a little so I could work on the desk without drawers project.

The three legged table was in my way, as was a faux pocket watch project that's been bounced around for years that I had made out of an orphaned table top.

Basically, they were both in my way, and I just laid one on the other. The three legged table was almost taken to the curb. But, I decided it was worth a shot to give them both another chance.

This is our Thrift Store Day, be sure to check out all the projects below.

It really is best to begin by cleaning your "thrift store project", even when it's a curb find. There were webs and eggs all over this round table base.

For more tips on prepping furniture see my article

How to Prep Furniture for Painting

As I saw it, I had two options. I could use painter's tape to try to keep the metal parts free of paint, or I could dismantle the three legged table. Is it just me, or do you think the legs look like oversized misshapen boomerangs?

More cleaning! I chose to use my favorite deglosser to remove the grime from the lower shelf. There was some sort of sticker on it.

Shop My Amazon Storefront to See my Favorite Tools and Products

The deglosser was also used on all three table legs.

Although the old wall art was in decent shape, I worried about the clock face showing up when I painted it. So, it got a nice sanding with my orbital sander.

I chose Weathervane from HTP All In One Paint. It's the same paint I used on the desk with missing drawers.

It's described as "charcoal". So, think of it as a very dark gray. I thought the color would look nice with the metal on the three legged table.

Don't the three table legs look awesome with their first coat of paint on them?

There were a few places that were left from the ORIGINAL table top that needed to be filled. I typically wait until after I paint a couple of coats, so I can clearly see what needs to be dealt with. The Plastic Wood X dries really fast.

Three Legged Table Parts Before & After

I reenacted the photo of the parts after I painted them. The metal parts were cleaned. I tried the deglosser on the larger upper ring. It probably wasn't the best choice. What did I find that worked best on the smaller lower shelf ring? Baby wipes! It shined it right up, without removing the finish.

From this point on, I'll be indoors due to the weather. So, I began by gathering all my parts and hardware.

The most important thing to remember is HOW you took the table apart. If you take pictures, you will have an easier time of it. Secondly, do NOT lose the original hardware. With a project like this it will be very difficult to find similar screws and such.

I began with the smaller ring, inserting both screws on each leg, but only tightening them slightly until they both were in. Then I worked on one a little, then the other.

Continuing around adding the other two legs, one at a time.

Notice the small ring on the lower shelf, I did NOT see those two holes. I will have to take the screws out and flip that over.

Because the original table top was glass, I had to drill a small hole. There was already a spot there, but it wasn't drilled through the other side of the metal.

You may think that the table top doesn't go with the three legged base, but now that everything is the same color, I think that it's doable.

I truly love using this paint with a roller. No brush marks. It can be a little pricey, so I don't use it in my paint sprayer. The finish is so pretty. See more of my All In One Paint projects here.

Do you love it? Or are you not a fan?

You can see, I sort of worked my way around the table. The small shelf at the bottom was removed yet again for stenciling. I've lost track how many times I've taken it out of it's frame. But! I wanted to get it right, wouldn't you do the same?

I bought Donna's Retro Star stencil on Etsy to save on the shipping from Canada.

Now, let's take a look at the great new (old) projects from my friends!

How To Antique An Urn

Three Legged Side Table Makeover (you are here)