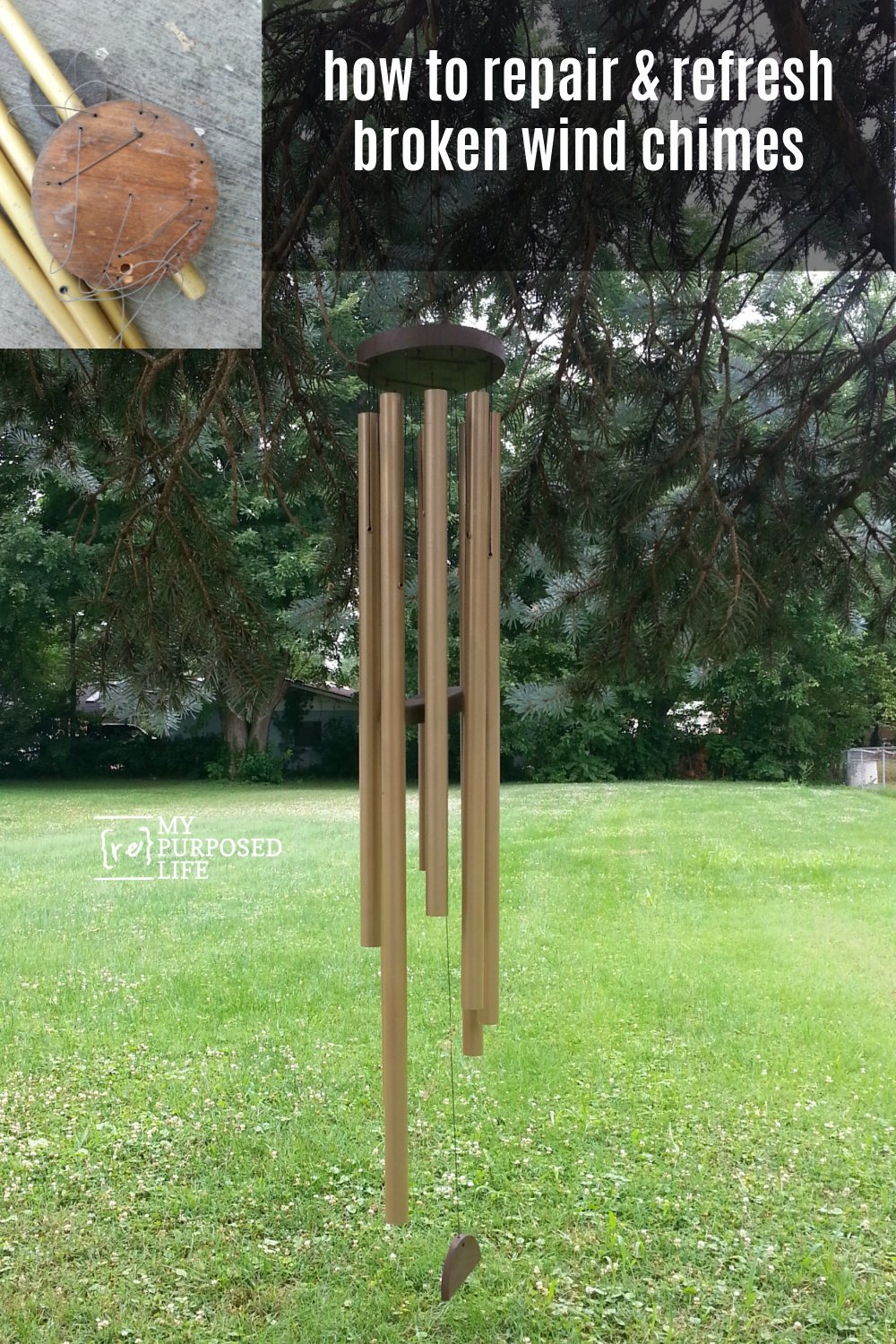 Yes, you can! I posted this picture on facebook as a “teaser” to ask what people thought I was working on. I admit it is sort of misleading.

But before I can tell you about the project I first have to tell you the back story. I recently hired a tree man to remove the huge stump in the front yard, a tree in the back yard, trim yet another tree and remove some random pine tree branches.

While he was here giving me a price I mentioned these bushes. They have been here for too many years and it’s time for them to go! If you’re a regular around here, you know I’ve already removed some other bushes in recent years. I was hoping to do those two by the front porch this year. They really are so difficult to dig up.

Long story short, the tree man gave me a good price on taking care  of them along with the tree work. He would  cut them down  with a chain saw, and use the stump remover to get the roots where he could. Oh yeah! Where do I sign?

Note the wind chime hanging on the right, and the arrow pointing to “lone tube”. After they cut the bushes and removed them, I found one of the tubes of the wind chime. It has 8 tubes, but currently only 4 of them were still attached.

These pics aren’t exactly from the same angle, but you can see that even after the tree guys did their work (middle picture)  I still had a lot to do to remove all the dirt, debris, ivy and landscaping tubing. The random side porch use to have a door, but we closed it up years ago. There is still a lot to do in the fall when the weather cools off, but I’m so glad I didn’t have to look at those bushes ever again.

So, on with our story. Now that I found the lone tube, it’s time to fix the wind chime.

Here you can see the old, broken wind chime. You can also see the area where the stump was removed.

You can see that only ½ of the tubes are still on the broken wind chime, also notice how weathered the wood is. Yikes! after I took it down, I noticed a bug in one of the holes…. after fighting to try to get it out, I realized it was one of those great big wood bees! ewwww   The tubes all had mud inside of them from some other kind of bug. ugh!

I removed all of the tubes after taking several pictures of how it was all put together.

I wiped them down with a cleaning cloth, and hosed them off and left them to dry.

I measured the center string that holds the wind catcher and the clapper. However, I ended up not replacing that string at all. So this step was not necessary for me after all. Note how gray and weathered the wood is.

So, this is where the solar light stake came in. I intended to use it to hold my tubes for spray painting. In theory it was going to work great—one problem—gnats! It made the tube too low to the ground.

Plan B. I still used the stakes and plastic tubes to hold on to the wind chime tubes while spray painting. After painting 2 of the tubes, I noticed that some “pitting” was showing through and I needed to lightly sand the others to remove it.

After spraying each of the tubes, I placed them into this plastic milk crate so they could dry.

While the tubes were drying, I got busy freshening up the top piece, clapper, and wind catcher with some Minwax Wood Finishing Cloths in Walnut

What Kind of String do I Use to Repair Broken Wind Chimes?

This is the waxed thread I used for stringing my wind chimes. I like the way the description tells you how thick the string is. This one is a thick as a dime. I laid a dime alongside the old string and it was exactly as thick as a dime.

I tied the wind chime to my ceiling fan pull chain and got busy. There were some brads in some of the holes to keep the strings from slipping. Several of the brads were missing. I used toothpicks in their place.  After I got done, I simply broke the toothpicks off at the top and the bottom.

When I first thought about doing this project, I googled and many said they used fishing line for restringing. I’m really glad I used the wax string. I like the way it looks and it was stiff and very easy to work with-threading easily through the holes on the tubes and the wooden top piece.

I used a very long piece of string/thread, working the first four of the tubes to the left, then going to the right with the next four. Not really sure why, it just seemed to help balance it a little better.

You can see these two tubes are the ones I didn’t sand the pitting off of. The Krylon Dual Superbond is great paint, but it’s not magic. The pitting really should have been sanded before I painted them. I have checked my other wind chimes, and they all have it.

Look how nice the wooden top piece looks after I used the Minwax Finishing Cloths on it. They really are perfect for a small job like this.

I hung it in a  tree so I could take pictures of it. I’ve since moved it back to the porch. I’m anxious to see if the Krylon paint keeps the tubes from pitting again, I hope it will.

Do you love wind chimes like I do? If you have some that need some TLC, don’t toss them, spruce them up with some paint, stain, and new thread.