When I did my kitchen makeover, I decided I wanted a chandelier. I picked this up somewhere, I really don’t remember where. 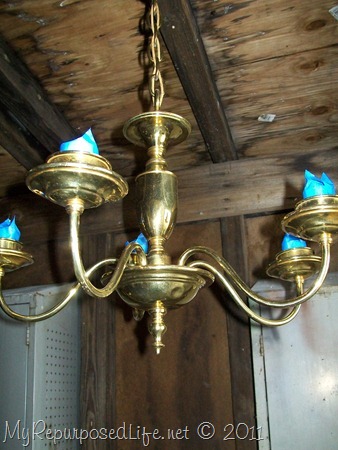 To project the sockets, I taped it up with some ScotchBlue™ painter’s tape. I then primered it and painted it white. That was in February, and I can’t find any pictures of it painted. 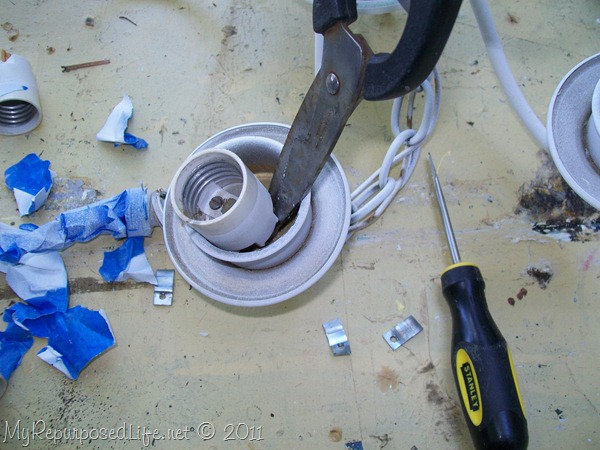 Last week, I had a lull, and a little time to kill between projects. I looked around and saw this still hanging from the rafters in the garage. I had decided it wasn’t the chandy I wanted in the kitchen. So, I started dismantling it. I cut the wires. 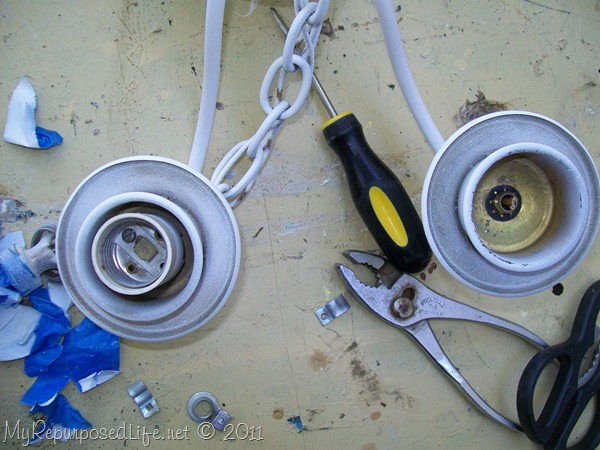 After I got the socket out of the way, I had to remove the nut that holds it all in place. 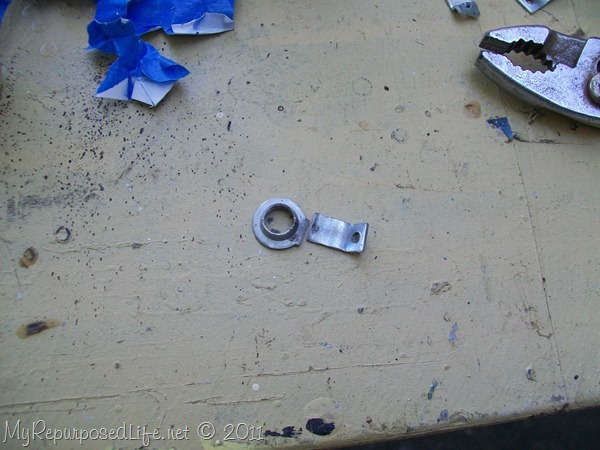 But, I still needed the nut to hold the “cup” in place. I bent the extra piece back and forth until it broke off.
And then I started spray painting it black. I put a candle in the little “cup” and decided I didn’t like it. 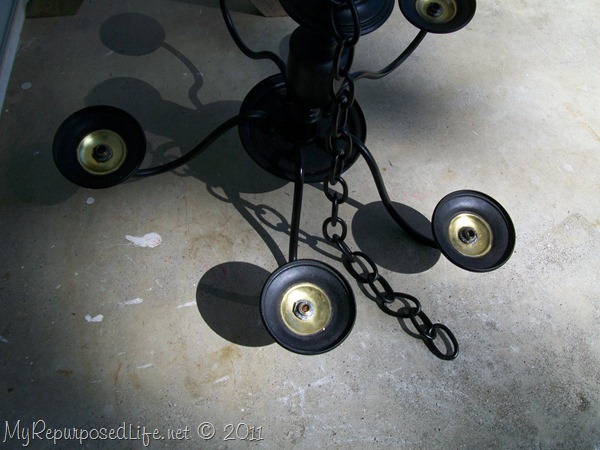 So, I removed the nut, and took off the cup. Then I had to break the spray paint again to cover of the brassiness. 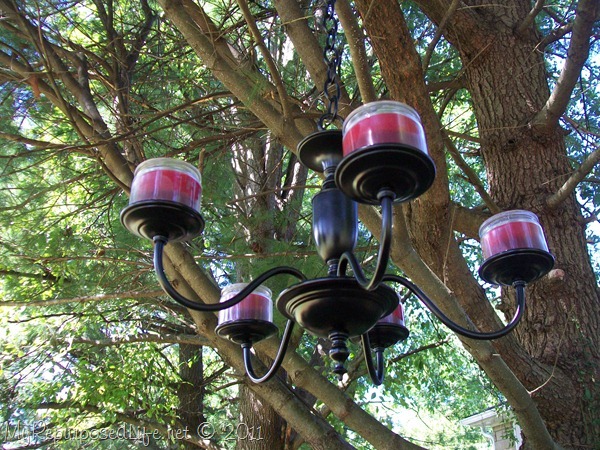 I went to look for candles. FIVE candles! Short pillar candles (at Walmart) were $1.89 each! Nuh uh! I opted for these candles instead. 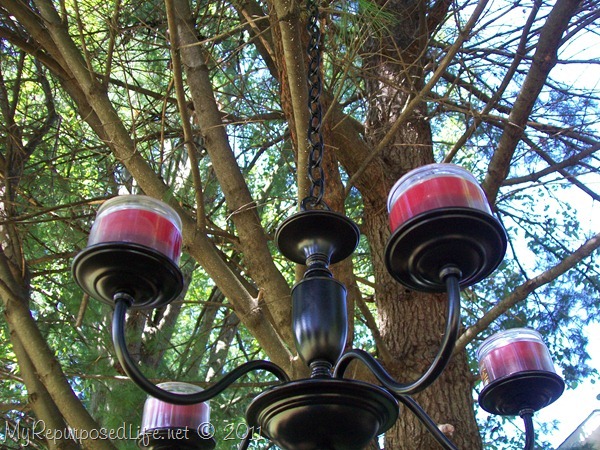 At least when these candles burn down, there won’t be any messy wax to clean up, right? 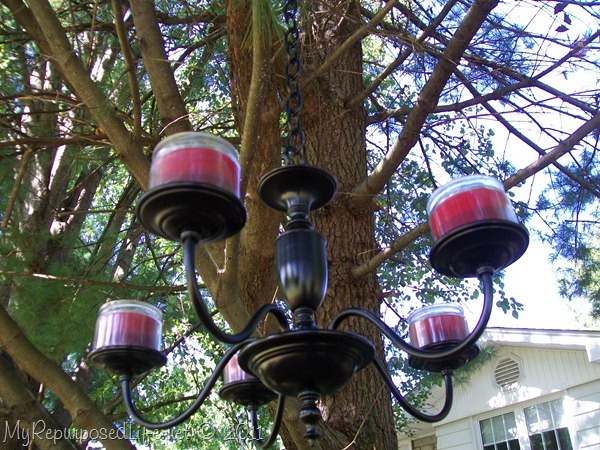 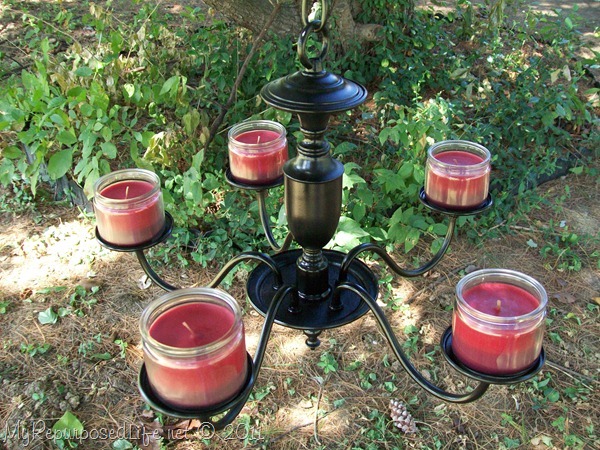 I’ve sold one of these every year at Glendale Crossing Days. I felt like I couldn’t go there next month without one. Want to see more candelabras and chandelier projects ? This upcycled chandelier can be hung from a tree-- 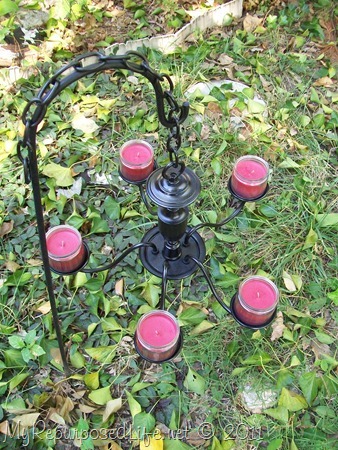 Or it can be hung from a shepherd’s hook. I left the label on one jar so that if someone likes the fragrance, they’ll know what it is.

What have YOU repurposed lately?
gail